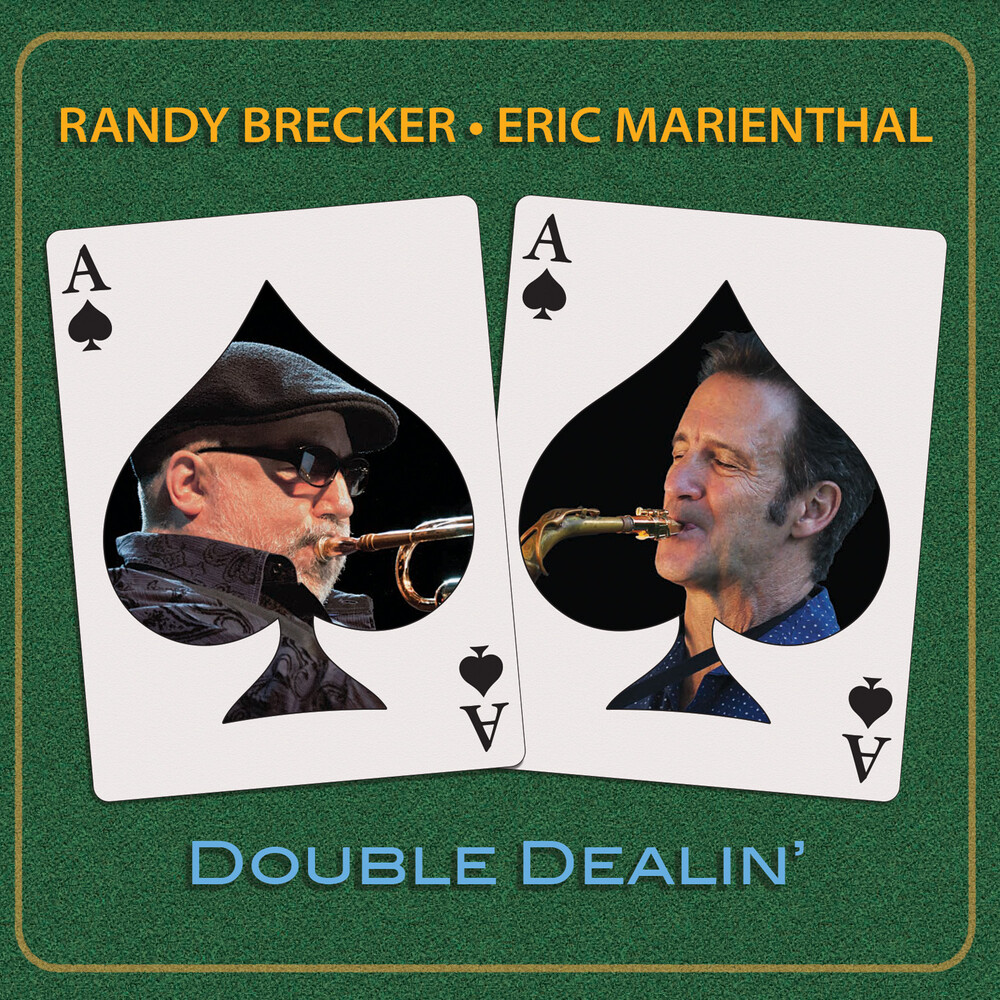 2020 release. Two time Grammy winner Randy Brecker, an original member of Blood, Sweat and Tears, has been featured with legendary artists such as Stevie Wonder, Art Blakey and the Jazz Messengers, Horace Silver and many others. The groundbreaking Brecker Brothers group, formed with his multi Grammy Award-winning brother Mike Brecker, is revered as one of the creators of fusion jazz. Two time Grammy Winner Eric Marienthal, a longtime featured member of The Chick Corea band, has performed with such greats as Elton John, Aaron Neville and Ramsey Lewis. His many #1 Smooth Jazz radio hits have garnered him a wide audience. Double Dealin' is an historic meeting of these two Jazz giants. Kicking off with the funky "Double Dealin'", the album features 10 originals such as "Mind The Fire,"a heartfelt tribute to Chuck Loeb, the Brazilian-flavored "Sambop," the laid back "3 Deuces" and much