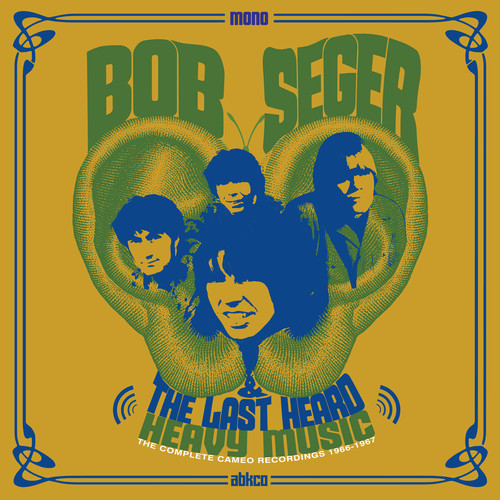 2018 archive collection. Heavy Music: The Complete Cameo Recordings 1966-1967, will be the first time ever that all records by the celebrated Detroit group will be made available since their origination as 45rpm singles. The collection represents how stylistically, the band went beyond simple garage rock stomp and stammer formula and spread their wings lyrically and sonically in a few short years. The album is wrapped in a newly designed package, and liner notes by celebrated music writer Jim Allen, rare original photographs and label art from the Cameo Parkway vaults. The monophonic collection, originally recorded at United Sound Studios in Detroit, is mastered by Robert Vosgien at Capitol Mastering. Featuring Bob Seger's earliest songwriting efforts, this release completes the digital availability of the seminal singles of the Detroit rocker's pre-stardom band.