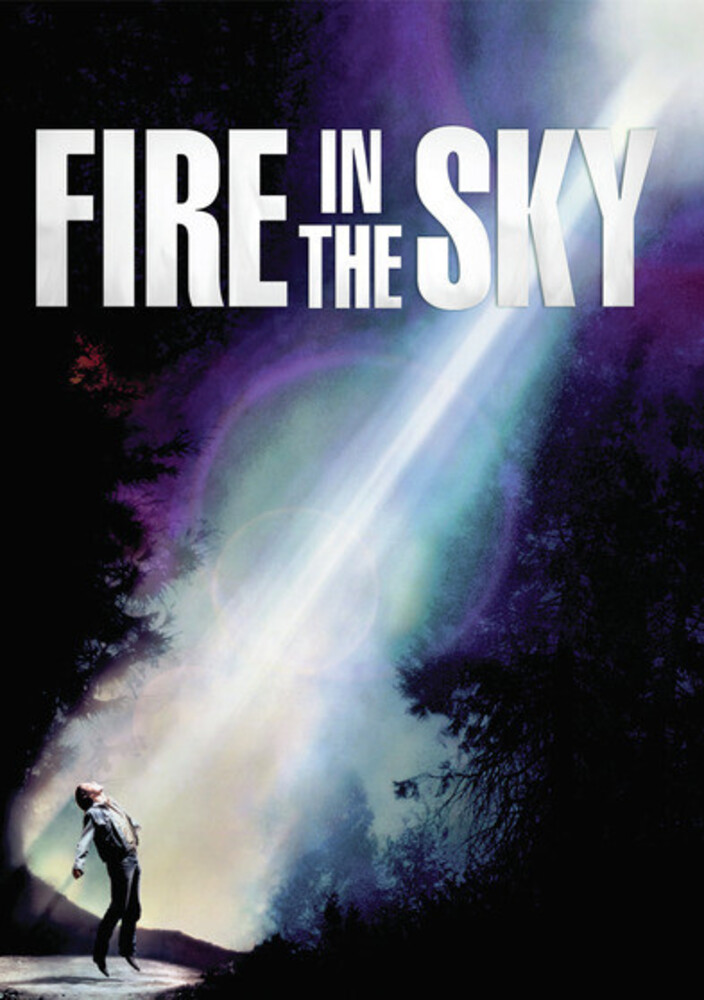 Six men saw it. One man became a prisoner inside it. But who would believe them? In 1975, logger Travis Walton (D.B. Sweeney) and his co-workers discovered a hovering UFO. Walton's pals fled, but Walton was not so fortunate. Whisked aboard the strange aircraft, he was subjected to a painful, unearthly medical study. Fire in the Sky is the amazing tale of that ordeal... and of the contempt and ridicule endured by the co-workers as they try to explain Walton's mysterious disappearance. (He was found five days later bloodied and bruised). James Garner plays an investigator who suspects the story may be a murder cover-up. And Robert Patrick, Craig Sheffer, Peter Berg, Bradley Gregg and Henry Thomas join Sweeney in the roles of the men staggered by an event they would have thought impossible if it hadn't happened to them... an encounter with a UFO.