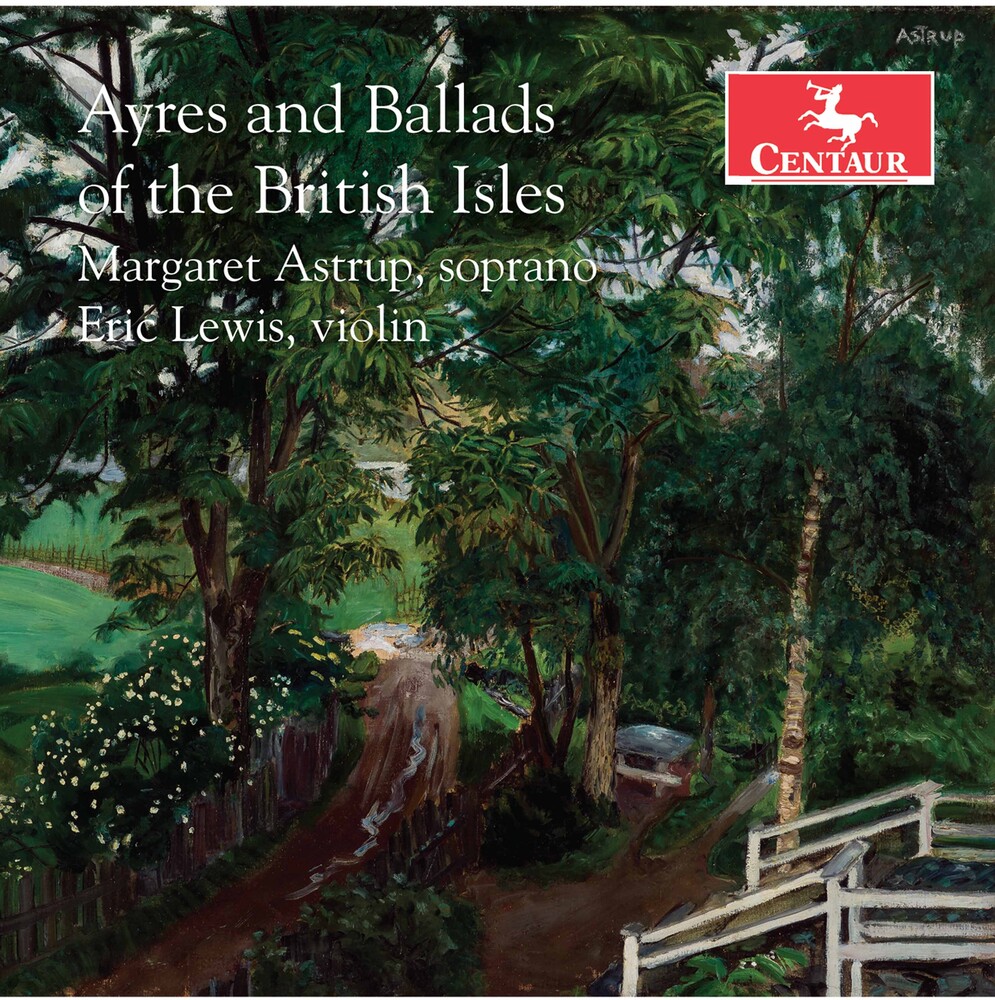 Ayres and Ballads of the British Isles is a program of wonderful works for soprano and violin, featuring works by Rebecca Clarke, Ralph Vaughan Williams, John Corgliano, and Gustav Holst. Margaret Astrup and Eric Lewis are the sensitive performers. Dr. Margaret Astrup is well known for her interpretations of contemporary American music. She has premiered works by Seymour Barab, Otto Luening, Ruth Schonthal, Judith Zaimont, Richard Auldon Clark, David Sampson, Jorge Martin, and numerous other contemporary composers. With the Manhattan Chamber Orchestra, she has performed Knoxville, Summer of 1915 by Samuel Barber (also broadcast on WNYC), Collages by Ruth Schonthal , Cosmos Cantata by Seymour Barab and Kurt Vonnegut and songs by Otto Luening, William Grant Still, Seymour Barab and Richard Auldon Clark.  In New York she has appeared in many contemporary American operas for which she has received critical acclaim in publications including The New York Times, The New Yorker, New York Magazine, The London Financial Times and the New York Daily News. A native New Yorker, violinist Eric Lewis earned both his Bachelor's and Master's degrees in violin performance at the Manhattan School of Music. With encouragement from his teachers, violinist Rachmael Weinstock and world-renowned violist Lillian Fuchs, Mr. Lewis served as U.S cultural ambassador to the former Soviet Union during the Glasnost era of the 1980's, performing throughout that country until it's dissolution in 1990. The Manhattan String Quartet's recording of the Shostakovich Quartet Cycle was the only chamber music to be named by Time magazine in it's best of 1991 classical list. He retired from the Manhattan Quartet in 2013 after 45 years as founder and first violinist.