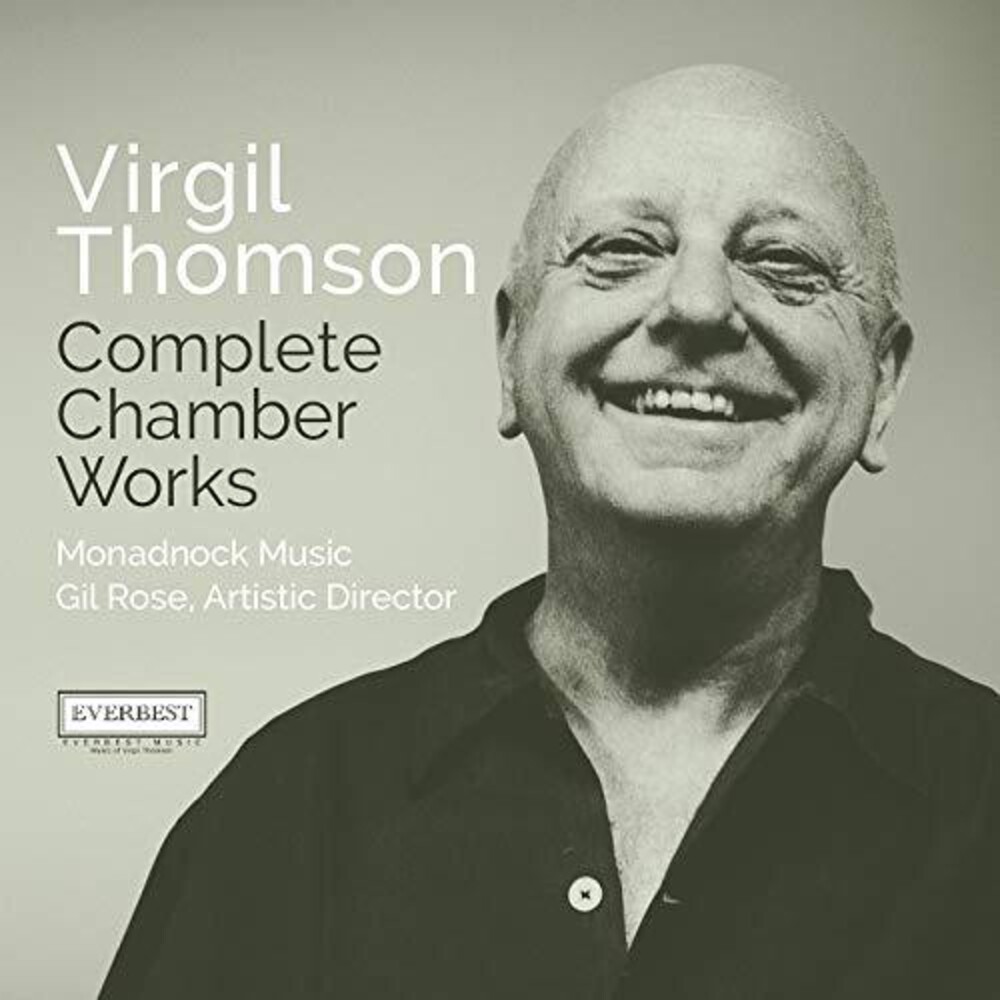 These vivid performances illustrate why Aaron Copland hailed Thomson as "the Father of American Music" and include a wide variety of ensembles - from duets to string quartets, from vocal works to different brass configurations and more. The works were presented at the summer Monadnock Music Festival in New Hampshire, then recorded in the WGBH studios in Boston with Gil Rose, Artistic Director of Monadnock Music, as producer. Soloists include Teresa Wakim, soprano; Krista River, mezzo-soprano; Charles Dimmick, violin and Sarah Brady, flute. Virgil Thomson (1896-1989) was a many-faceted American composer of great originality and a music critic of singular brilliance. Utilizing a musical style marked by sharp wit and overt playfulness, he composed in almost every genre of music, producing a highly original body of work rooted in American speech rhythms and hymnbook harmony. His music was influenced by Satie's ideals of clarity, simplicity, irony, and humor. Though mostly diatonic and tonal in feeling, some of his work was densely chromatic (Three Tone Poems) and even 12-tone in organization (A Solemn Music).