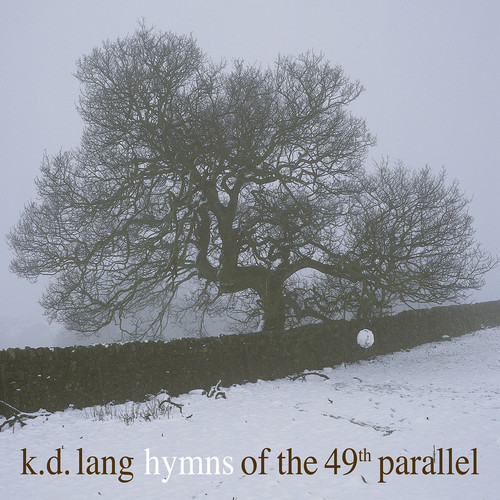 Vinyl LP pressing. Hymns of the 49th Parallel is the ninth studio album by Canadian singer and songwriter k.d. lang, originally released in 2004. It is an album of songs by Lang's favorite Canadian songwriters, and also includes a new version of her original composition "Simple" that initially appeared on her 2000 album Invincible Summer. The album's title refers to the Canada-United States border as the 49th parallel defines much of the international boundary between the two countries. Over the years, Lang has won both Juno Awards and Grammy Awards for her musical performances. Lang is also known for being an animal rights, gay rights, and Tibetan human rights activist. She is a tantric practitioner of the old school of Tibetan Buddhism. She performed Leonard Cohen's "Hallelujah" live at the opening ceremony of the 2010 Winter Olympics in Vancouver. The studio version is included here.