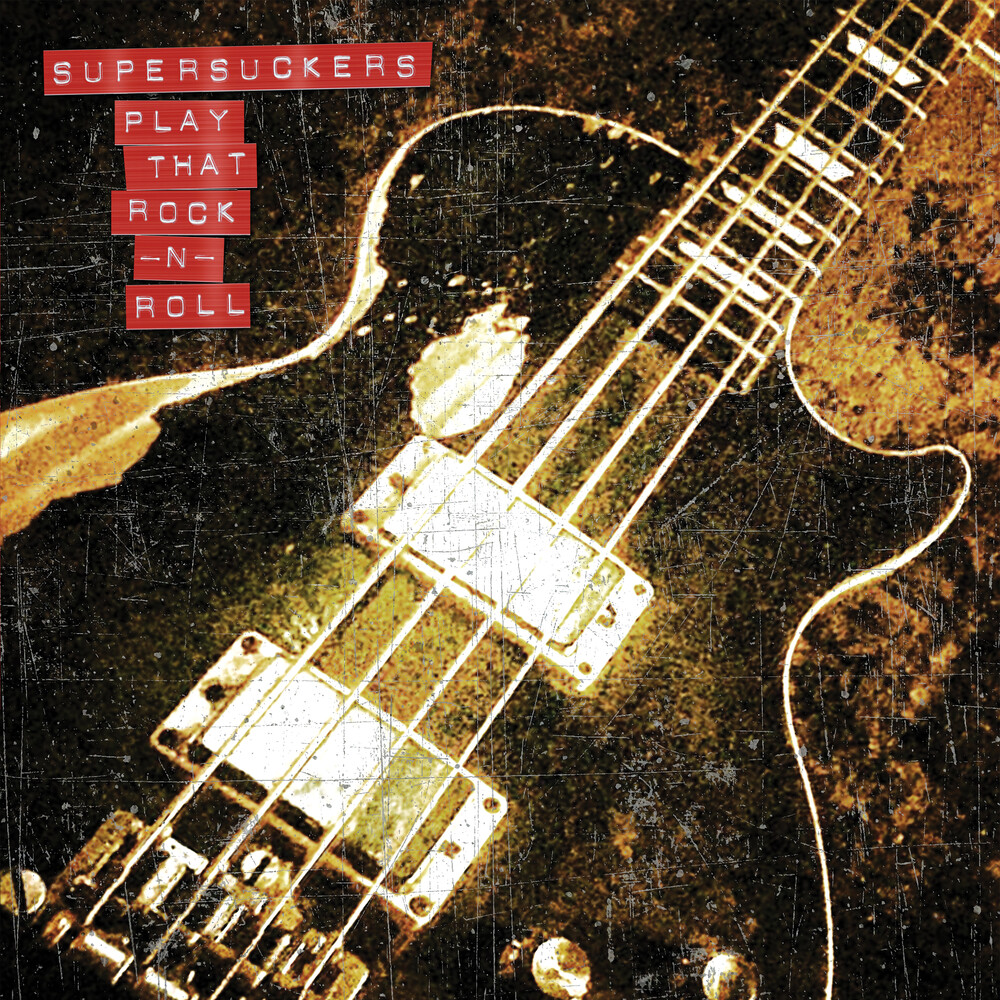 Tracked over the course of four sweltering days at Willie Nelson's Austin, TX studio, "Play That Rock n' Roll" rocks with an amphetamine intensity, delivering muscular riffs, big choruses and more than a few tricks up it's sleeve. Raw, immediate and often times hilarious, "Play That Rock n' Roll' is the album a band makes after slugging it out on the road for thirty years (barring a one year hiatus while Eddie battled throat cancer). No frills, no guest stars and no collaborations, the album earns the listener's ear - the Supersuckers have lived this sh*t and you can feel it. Songs like "Bringing It Back" and "Last Time Again" deliver a Ramones-like wall of sound, courtesy of guitarist Metal Marty Chandler, while "You Ain't The Boss Of Me" recalls Dirty Deeds-era AC/DC - and never one to be taken too seriously, Eddie and company make sure to keep the Supersuckers tongue firmly planted in cheek with "That's a Thing?" and "Gettin' Into Each Other's Pants". The album also includes a rousing cover of Michael Monroe's "Dead, Jail or Rock n' Roll" and a long overdue revival of the Allen Toussaint penned "A Certain Girl," which appears as an "unlisted track." "The Supersuckers have been doing this for a long time. A LONG time. And the fact that we're still doing it is not lost on us. We still love Rock n Roll. I mean, we must. There's no other explanation for why we would still be putting out fresh, new rock music anymore. No one NEEDS it. Hell, hardly anybody even WANTS it. But here it is. Another master class in quality Rock n' Roll. Sure it's for the few, the proud, the People of Impeccable Taste, the Connoisseurs Of Quality but it makes us happy to know we still got it. And we do. We might be better than we've ever been and that's exciting. So here it is, our love letter to good, ass kicking rock n roll. Turn it on, turn it up and listen to the Supersuckers play that Rock n' Roll!!"