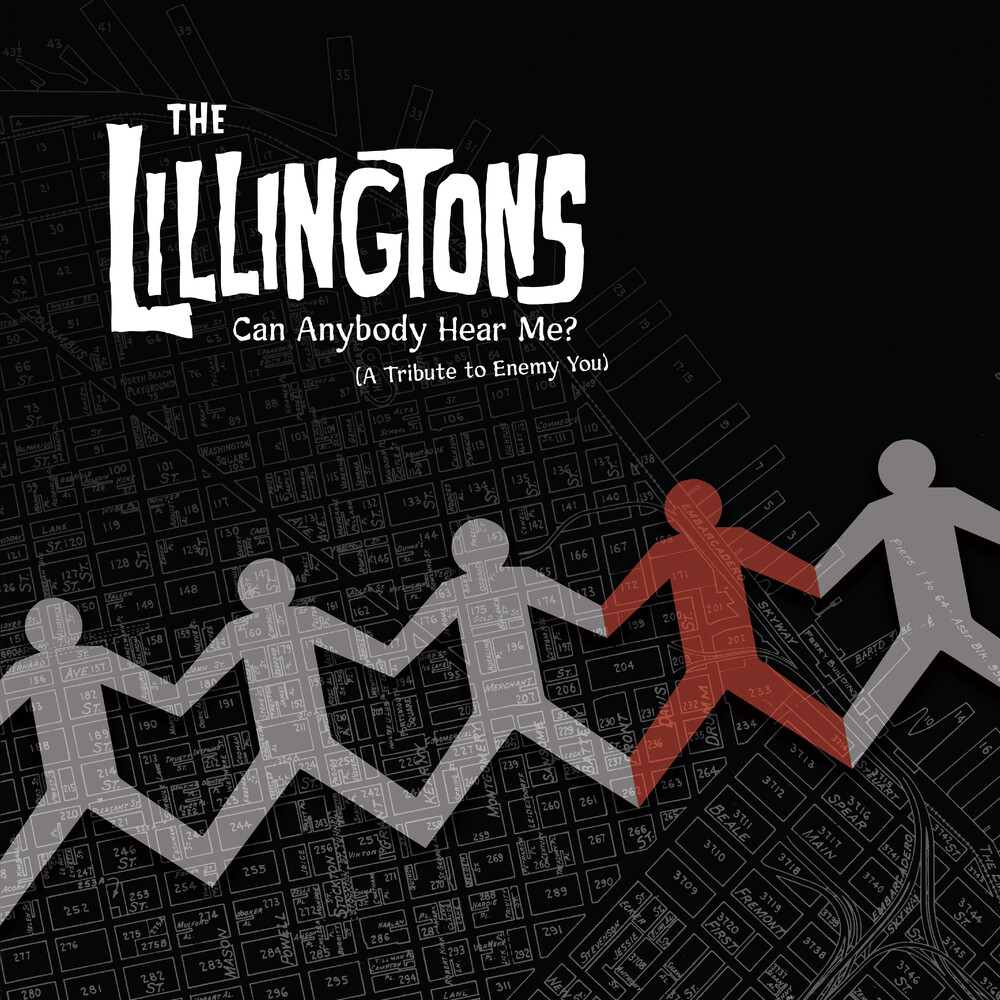 Can Anybody Hear Me (A Tribute To Enemy You)
Artist: Lillingtons
Format: Vinyl
New: Available $15.98
Wish

Vinyl LP pressing. The Lillingtons and Enemy You have a history that goes back a quarter of a century. You won't find that in today's punk scene where there's so much competition and grubbing for clout on social media, but these bands are binary stars from a bygone era. The two respective singers started out as pen pals (yes, using actual letters and stamps!) and went on to be songwriting contemporaries and labelmates on Lookout and Red Scare. In the world of melodic punk, The Lillingtons and Enemy You are the gold standard. Then David Jones (singer of Enemy You) suddenly passed away in 2015 and bands have been paying him tribute ever since. On "Can Anybody Hear Me" we have The Lillingtons offering up a few EY cover songs and it feels like a family reunion. The first pressing of the vinyl will come on "Jones Hoodie Red" and a portion of proceeds will be donated towards to National Suicide Prevention Lifeline.