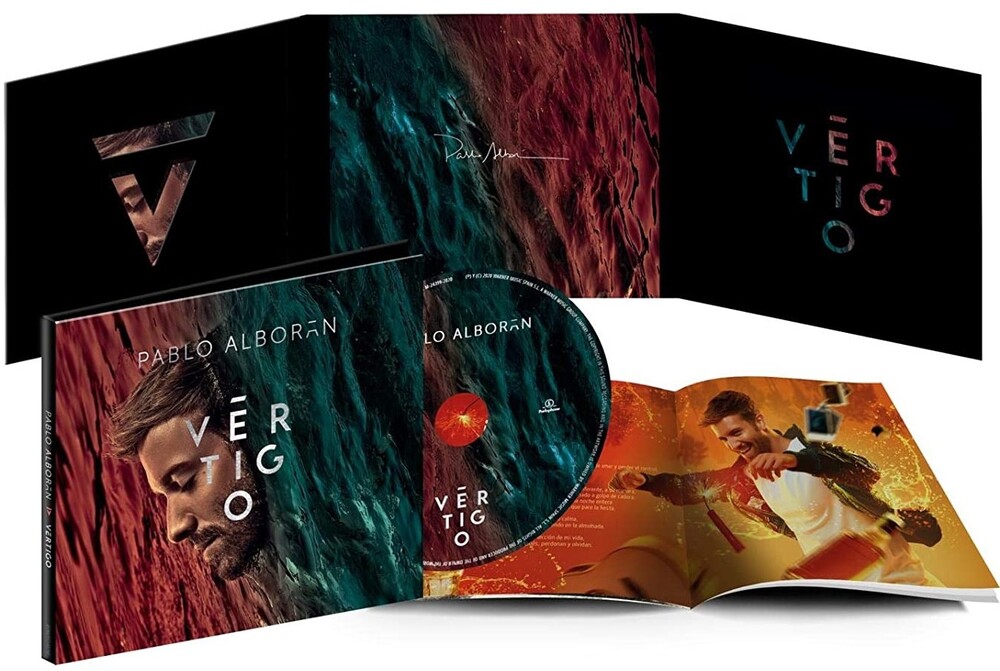 Pablo Alboran returns with a new album, 'Vertigo'. After the success of his previous album, 'Prometo', and a 2 year world tour, he returns with new songs at a career peak. Recorded during the last year between Miami and Madrid, together with his producer, Julio Reyes (Alejandro Sanz, Marc Anthony, Ricky Martin), he managed to shape a repertoire of great songs full of emotion and magnetism such as the first single 'If You Had Wanted'. The album contains 11 songs, plus an acoustic version of 'If You Had Wanted', and among several songs Pablo adds sound fragments that make the songs connect with each other. Pablo coproduced several songs alongside Reyes, as well as producer Federico Vindver (Coldplay and Nathy Peluso), the Art House team in Miami, the guitars of Lolo Alvarez, the Prague Philharmonic Orchestra, and many collaborators both in Miami and Madrid. 'Vertigo' is undoubtedly a work where Pablo has felt freer than ever and where he has given free rein to many ideas that he had not yet been able to put into practice in his work. Released in various formats, in 180 gram vinyl, a box edition that includes the digipack, an exclusive collection of postcards and a personalized 'Vertigo' mask, and finally a deluxe box set that contains the digipack, vinyl, the mask, a 2021 calendar, a photo book with the 'Vertigo' journey, 10 30x30 cm sheets with exclusive photographs by NĂ­a Rosas and a personalized mobile phone popsocket.