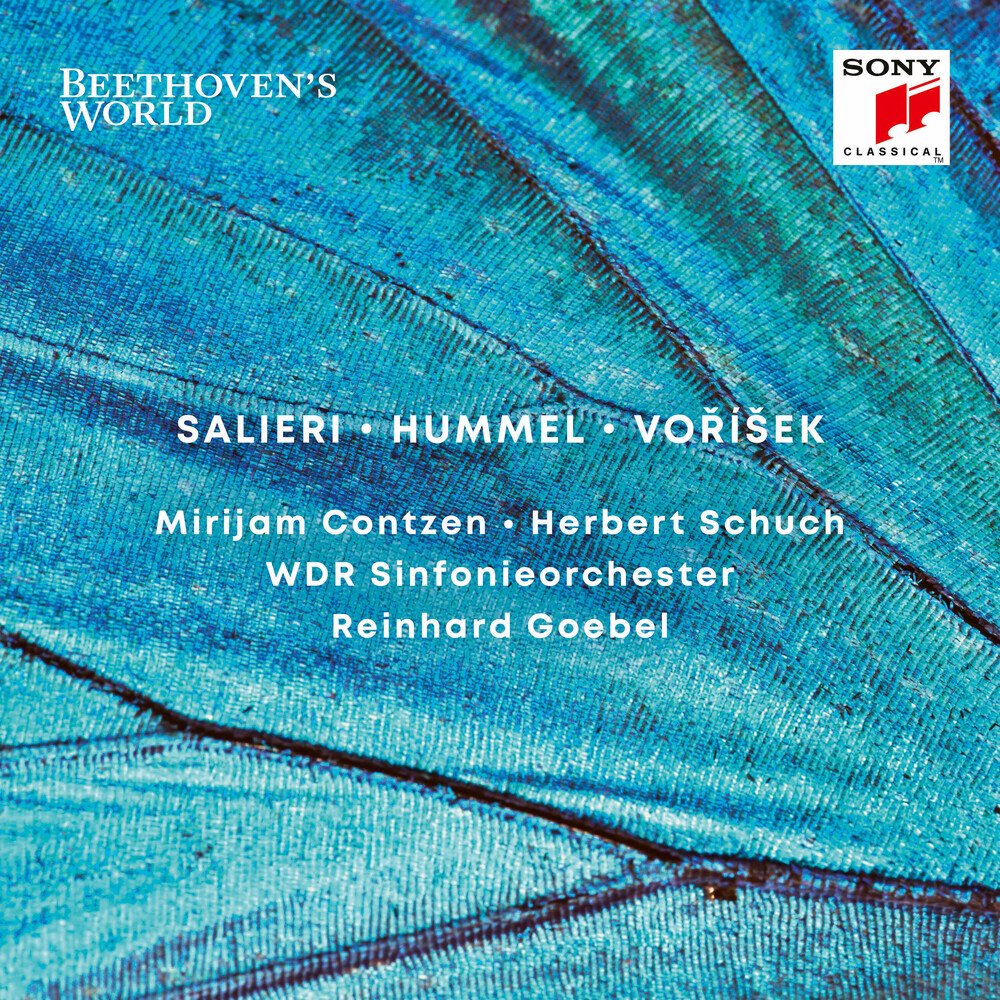 The recordings of Reinhard Goebel's project "Beethoven's World" have received great attention and excellent reviews worldwide. For the first album with violin concertos by Franz Clement, the Welt am Sonntag wrote: "If the discovery of Beethoven contemporaries, which Goebel has just signed up for the Beethoven Year, continues in this way, it will be a fine year". For the second album with double cello concertos by Reicha and Romberg, sr2 wrote: "Music for cello and orchestra is rare, concertos for two cellos and orchestra almost non-existent (...) The well-proportioned sound of the cellos blends perfectly with the attentive orchestra. Deutschlandfunk added: "This recording (...) sets new standards." The third album of this celebrated series continues the musical foray into the Vienna of the early 19th century with extraordinary rarities from Beethoven's contemporaries. Recorded with the WDR Symphony Orchestra and Mirijam Contzen on violin and Herbert Schuch on piano, the recording proves once again that there was far more to hear for Vienna music lovers than piano concertos by Mozart or symphonies by Beethoven. The album presents the Double Concerto for Violin and Piano from 1804 by the young Johann Nepomuk Hummel (1778-1837) who followed the path of his teacher Mozart. Beethoven's teacher Antonio Salieri (1750-1825) wrote the great variations on the Baroque theme "La Follia di Spagna", which Salieri composed in 1815 as an interlude to Handel's Alexander's Feast. And with the Symphony in D Major by Bohemian Jan Václav Vorísek (1791-1825), Goebel rounds off this musical rarity program; the only symphony by the composer, who died at an early age, already points the way to the Romantic period in a pioneering manner. "Not to offer new readings of Beethoven's works for the Beethoven Year, but rarities from his environment, is an idea typical of Reinhardt Goebel, the tireless discoverer. (Rondo)"