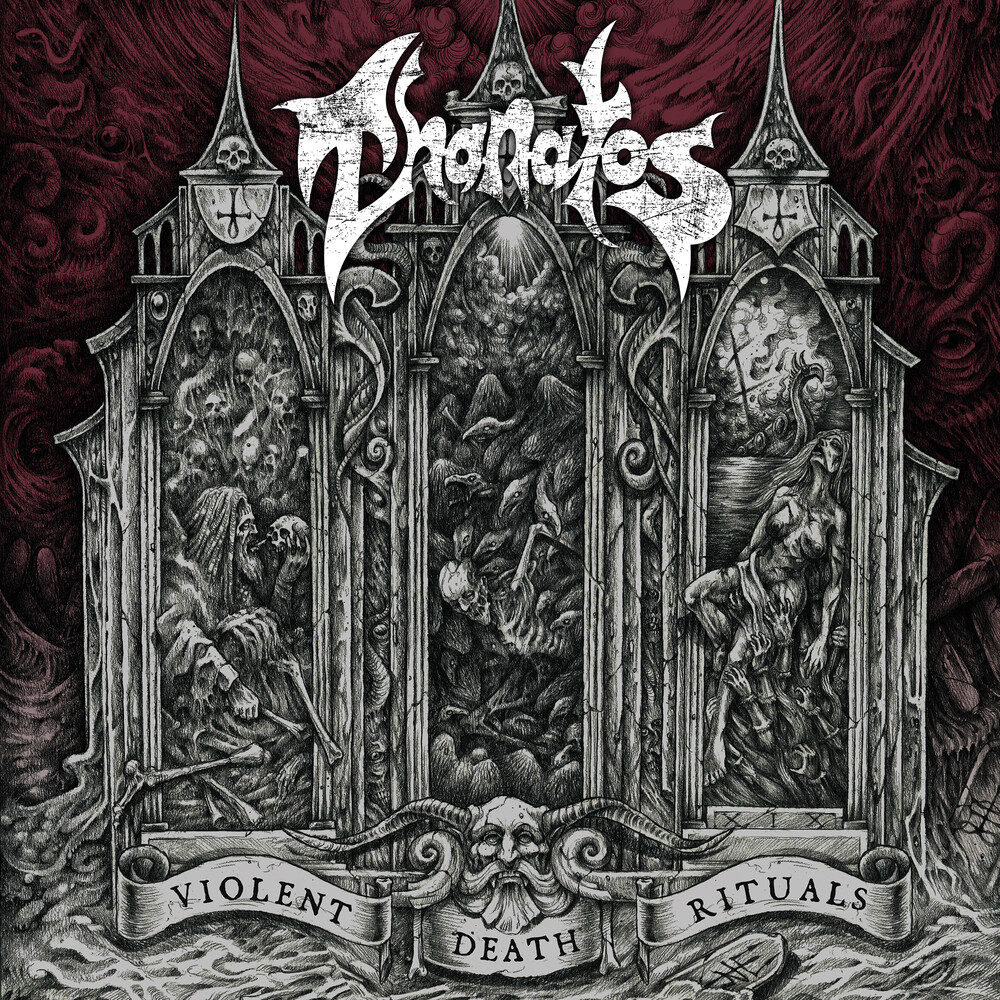 Thanatos are celebrating 35 years of fully dedicated fierce Death Fuckin Thrash Metal. Admittedly, they absolutely still sound incredibly and accurately relevant to nowadays metal scene thanks to their utterly implacable material. Saying their 7th album "Violent Death Rituals" sounds removed from their original early SLAYER, POSSESSED, KREATOR influences would be a mistake and we are very thankful to the band for not straying away from the initial path indeed, that said, they have undoubtedly honed their vehemently powerful sound over the years to become a purely individual relentless machine. By all accounts, Good Metal is timeless !Their uncompromising new album "Violent Death Rituals" is just pure catchy Madness, Thanatos thoughtfully pace their songs for maximum ferocious headbanging folly. Their furiously sharp arrangements contain so many well balanced acute melodies and enough murderous riffing to crush any fan in genuine extreme metal music history. Fuckin Hell awaits in 2020. Band leader Stephan Gebédi comments : "When Thanatos emerged in the metal scene of the early 80's, there was a huge "Us against the World" feeling. We were at war with the establishment, despised all forms of organised religion and guess what ? We still feel the same after all those years !The current metal scene has lost a lot of it's rough edges. A lot of bands have adopted a polished, plastic sound and a somewhat happy, politically correct attitude. But there are still bands that choose to go against the grain, stir up some controversy and never let go of the 'us against the world/fuck the mainstream' attitude."Thanatos' "Violent Death Rituals" was produced by the band themselves and mixed by Dan Swanö. This album marks the debut of drummer Martin Ooms and bass player Mous Mirer (both ex-MELECHESH and ex-LIAR OF GOLGOTHA) who have joined guitarist Paul Baayens and founding member Stephan Gebédi (vocals/guitars) in their never-ending quest for death and destruction.