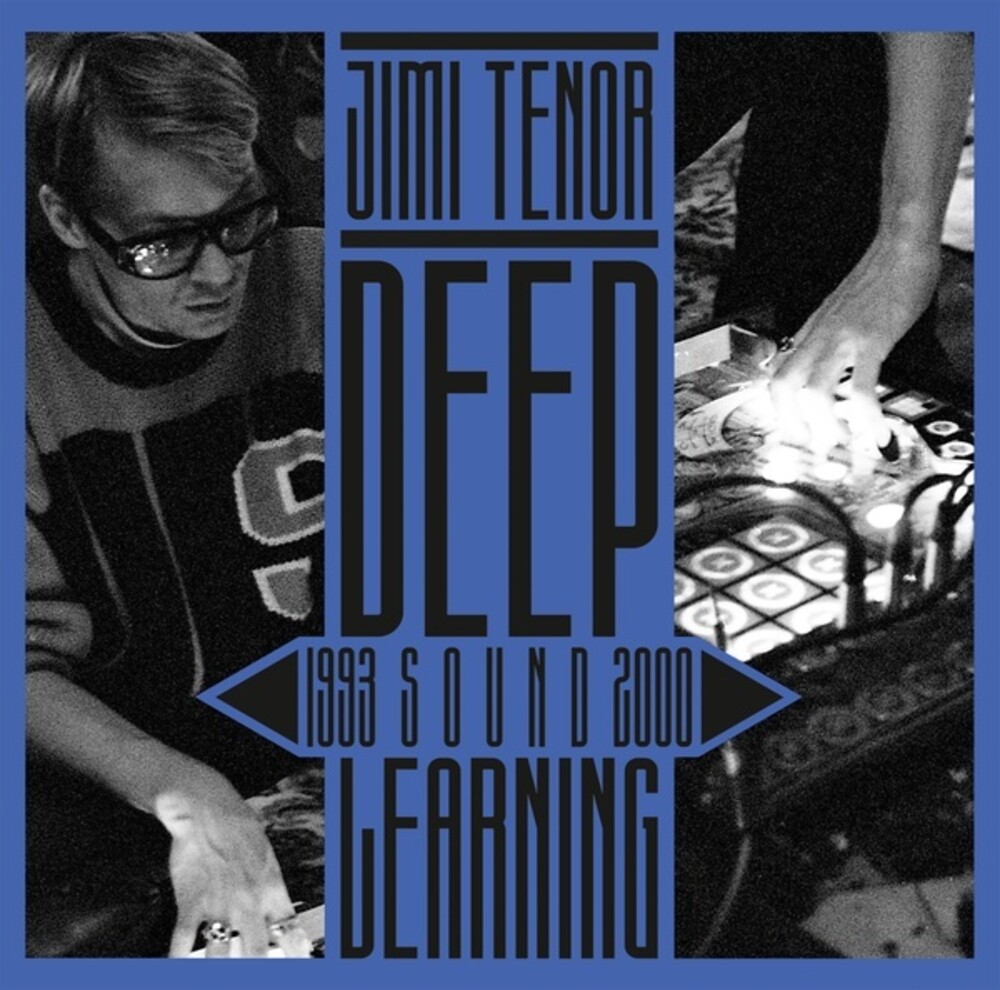 Double vinyl LP pressing. "Jimi Tenor can look back on a career spanning almost 30 years, in which time he has released more than 20 albums on such renowned labels as Warp Records, SĂ¤hkĂ¶, and Kitty-Yo. Pop artist prestige holds no sway over the Finnish composer and multi-instrumentalist. Never resting on his laurels, he continues to hone his unique sound, which draws on elements of jazz, Afrobeat, and experimental electronic music. Bureau B are excited to announce the arrival of a new Jimi Tenor double album! Following on from 2020's NY, Hel, Barca compilation which showcased Tenor's early works and cuts from his first six albums, Deep Sound Learning shines a spotlight on unreleased tracks from 1993 to the year 2000. This intensely prolific period saw Tenor send countless DAT tapes to Warp Records, his label at the time, who stacked up the recordings in the office safe. Some of the songs preserved on those DATs made their way onto various Tenor LPs - whilst others remained unreleased to this day. Jimi Tenor and Bureau B have retrieved said tapes and crafted a double album of previously unheard tracks in what is much more than a simple archival exposition. The 19 tracks on this compilation transport the listener to an infinitely vast adventure playground, where basic polyrhythmic drum machine tracks can be found alongside impetuous 303-driven minimal house sketches and Tenor's idiosyncratic future jazz compositions unfold around immersive downtempo arrangements. Deep Sound Learning documents the artist's irrepressibly adventurous spirit, illuminating a more colorful and varied spectrum across seven years than others manage in several decades. Jimi Tenor is a tireless rover and explorer whose curiosity and inventiveness know no bounds." -Daniel Jahn.
back to top