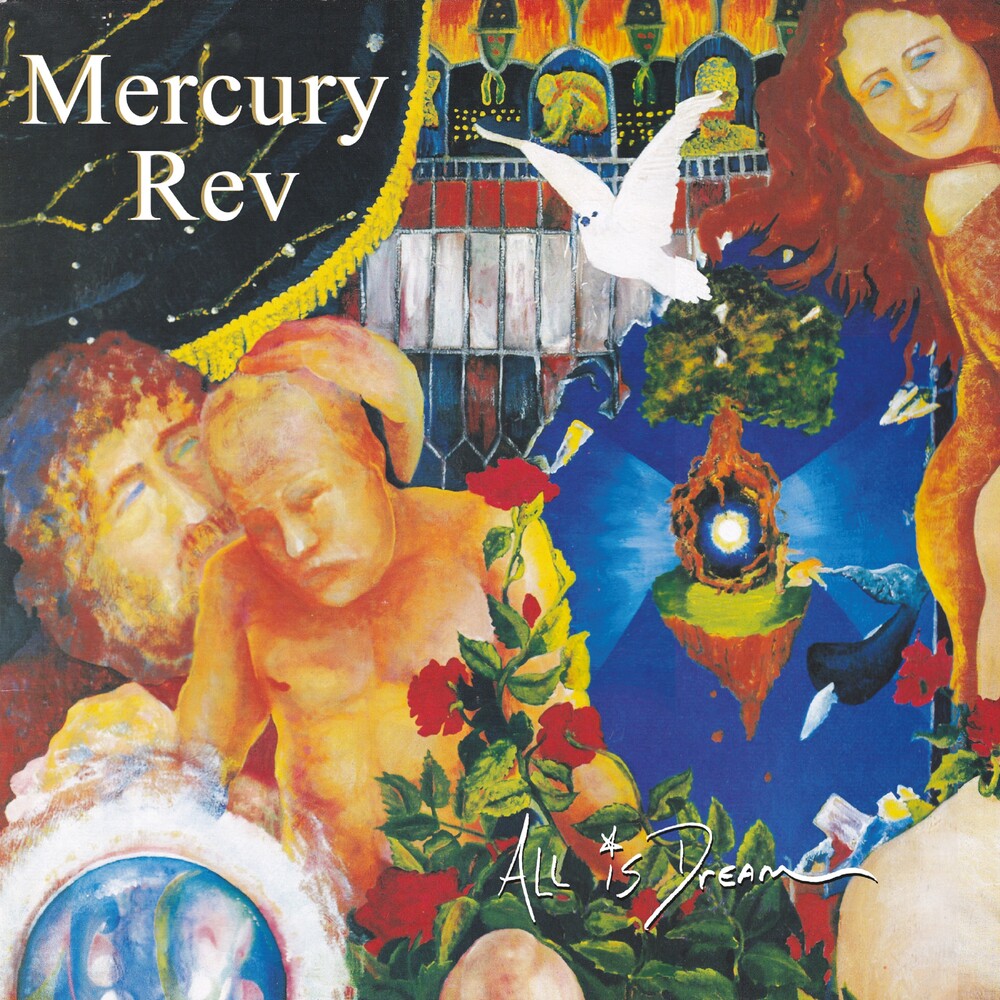 Double colored vinyl LP pressing in gatefold jacket. All Is Dream was originally released on V2 in 2001 in August (Europe) and September (North America) and boasted a more expansive, cinematic production than it's predecessor, Deserter's Songs. The record was warmly received by critics and fans alike, enjoying higher chart positions than it's predecessor (No. 11 UK, No. 17 US, Top 40 in Australia and in various European countries, etc.). Three singles were chosen from the album in the UK: 'Nite And Fog', the classic opening track 'The Dark Is Rising', and 'Little Rhymes'. All Is Dream remains Mercury Rev's highest charting album in the UK to date (and second highest in the US). Cherry Red Records are proud to announce the release of a limited edition double coloured vinyl edition. With all previous vinyl editions of All Is Dream now hard to find, this new version not only satiates demand for one of the band's most important records but adds a bonus disc featuring various B-sides and out-takes which were unveiled on last year's 4-CD book set.