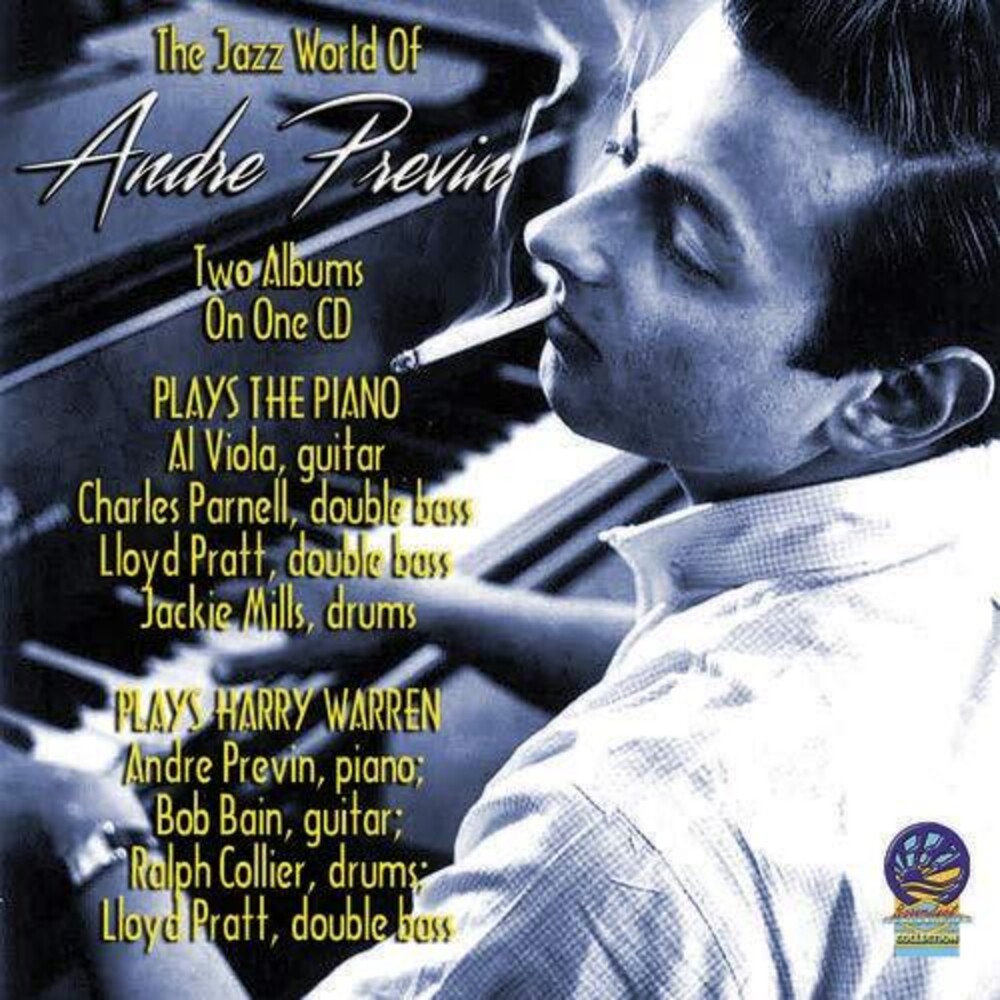 Andre Previn, born Andreas Ludwig Priwin, was a Highly talented German/American musician and conductor who was also noted as an arranger and comedian. He started writing film scores for MGM in Hollywood, where he was involved in the music for fifty movie. He won four Academy Awards for his film work and ten Grammy awards for his recordings and one for his lifetime achievement. He was also the music director of the Houston Symphony Orchestra, the Pittsburgh Symphony Orchestra, the Los Angeles Philharmonic, and the Oslo Philharmonic, as well as the principal conductor of the London Symphony Orchestra and the Royal Philharmonic Orchestra. In jazz, Previn was a pianist-interpreter and arranger of songs from the Great American Songbook, was piano-accompanist to singers of jazz standards, and was a trio pianist. On this CD there are two original albums from his early years as a jazz musician, 'Andre Previn Plays The Piano' and 'Plays Harry Warren' plus a bonus track of 'Indiana'.