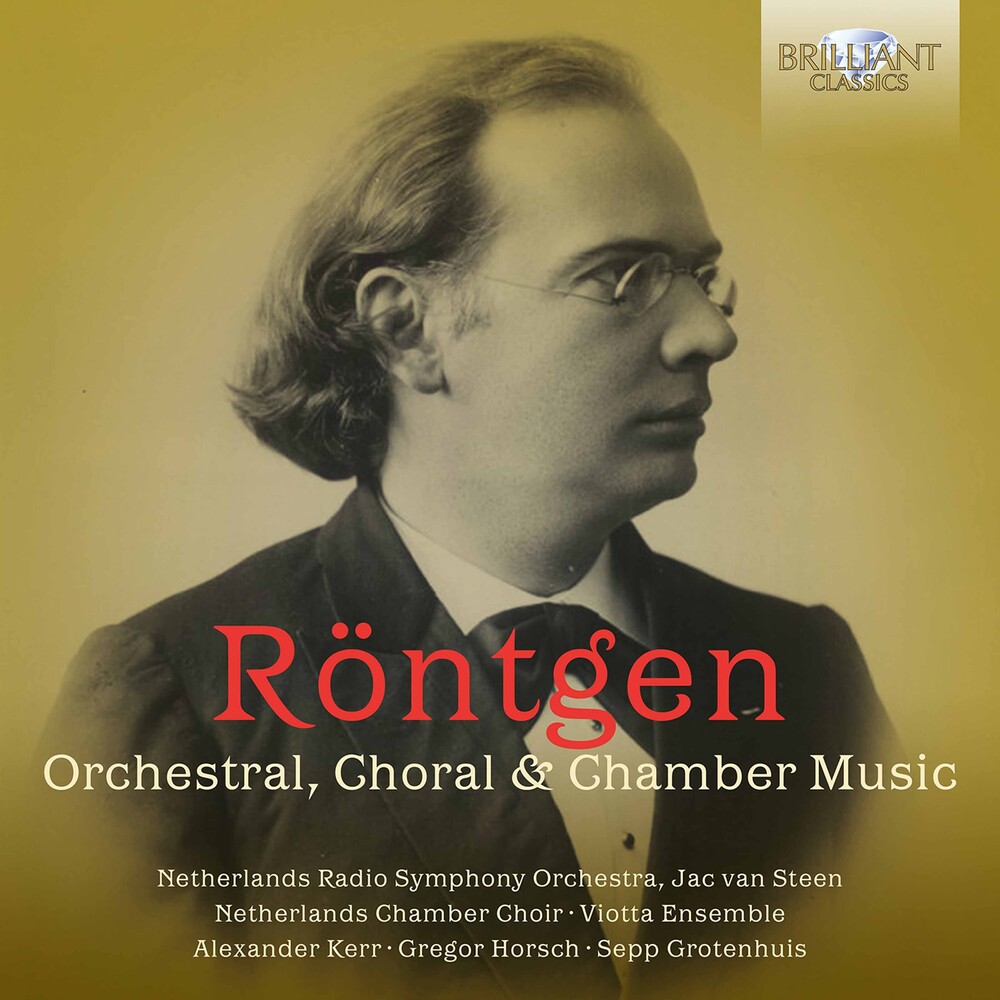 In February 1896, Clara Schumann described Julius Röntgen in a letter to Johannes Brahms: 'He has remained a child, so innocent, pure, open, enthusiastic... But we certainly can and must take him seriously.' Brahms certainly agreed and stole from the younger composer a theme from the Serenade which opens this compilation, for use in his own Second Symphony; when Röntgen pointed this out, he was the recipient of a rare apology from Brahms. Born in 1855, Röntgen grew up in Leipzig, the son of the leader of the Gewandhaus orchestra. As a boy he met Liszt, having already composed music for the likes of Joseph Joachim. His move to Amsterdam in 1877 launched a multifaceted career as a pianist, conductor and teacher who continued to compose prolifically in all the classical genres. He became friends with Grieg, who dedicated a volume of Lyric Pieces to him, and much of his own output convincingly welds Austro-German forms with a fresh, Scandinavian-accented simplicity of expression. This portrait of Röntgen ranges across his diverse output, from the Serenade of 1876 to one of the symphonies he wrote late in life, a single-movement form composed in 1930 with a soprano vocalise. A youthful and joyous Violin Sonata of 1879 was composed for the violinist Amanda Maier, who would soon become his first wife; it's high spirits are shared by the Theme and Variations for two pianos from the previous year. The Cello Sonata Op.56 is dedicated to the memory of a friend and adapts the final chorus of Bach's St Matthew Passion. His Sixth Piano Trio Op.50 opens in high Brahmsian style with a passionate main melody and a tender slow movement. A trio of motets dates from the 1920s and features some of his most daring harmonies, before the Symphony strikes a vein of pastoral contemplation akin to the Sinfonia Espansiva of Nielsen, who had also become a friend.