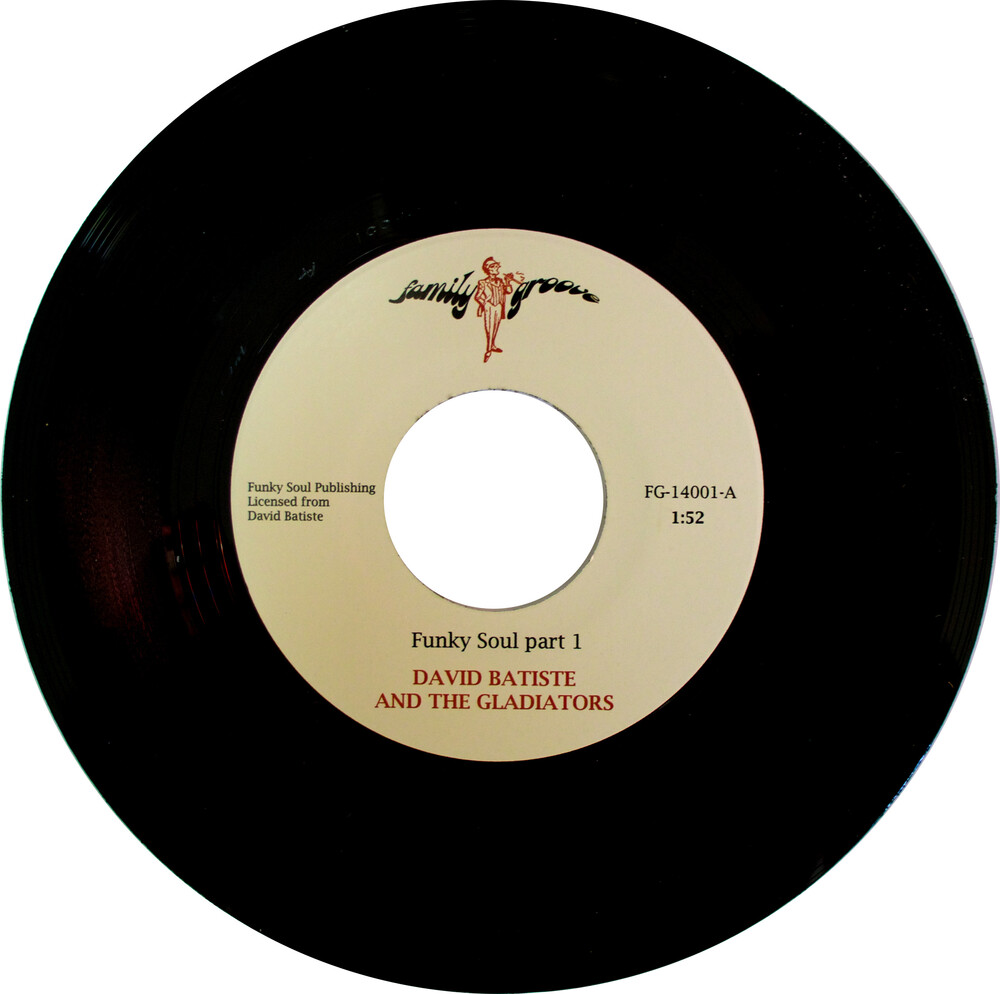 7" of this funk classic re-issued for the first time from recently discovered Master Tapes. Funky Soul (originally titled "Going To See The Man") was a routine crowd pleaser during live shows that even had it's own dance "rock the ship." This was the part two of the song. It was part one that was created in the studio as a riff off of part two. It's no wonder that this song was famously compiled on BBE Records and Ubiquity in the 1990's, rediscovered and performed by Miles Tackett & The Breakestra in the early 2000's. Those compilations contained audio sourced only from the vinyl record originally pressed up twice in the early 1970s and sought after by collectors and DJs for years and years. This version is from a direct master tape transfer from recently discovered NOLA tapes. But wait... The party's just started. An entire album's worth of 1960s previously unreleased David Batiste & The Gladiators material from recently discovered master tapes is in the works and forthcoming on Family Groove Records.
back to top