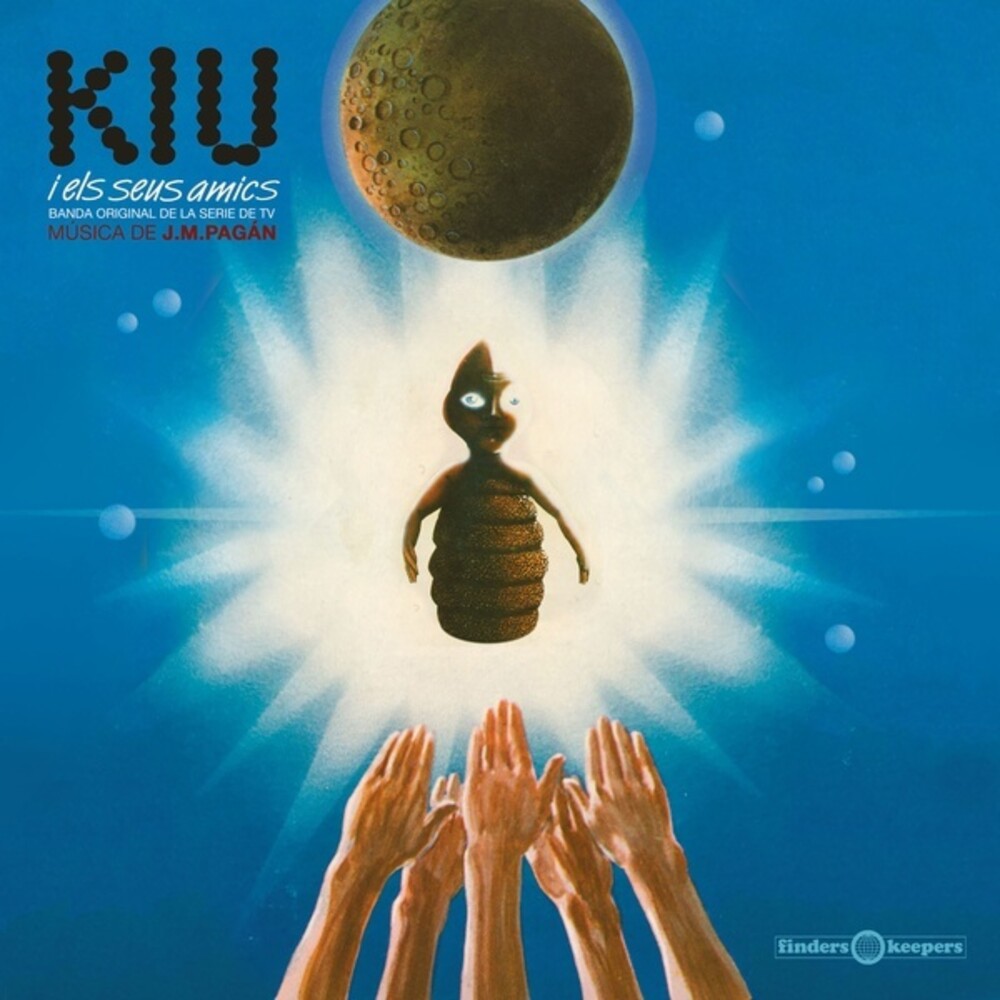 From the cosmic creative musical mind of Swiss/Catalan studio whizz, Zeleste Nightclub engineer, Video Nasty film composer, occasional Jaume Sisa (Música Dispersa) collaborator and future electronic music therapy pioneer comes the synth-ridden vocoder-loaded 1984 sci-funk soundtrack to Barcelona's daytime TV response to the universal E.T. phenomena. Get ready to meet your new alienígena amic and the unidentified flying object of thousands of Catalonian kids' affections through the 1980s as Finders Keepers present J. M. Pagan's lost lunar modular synth score to Kiu I Els Seus Amics (Kiu And Friends aka Kiu Is Your Friend). From the same intergalactic phenomenon that brought such delights as Turkey's exploito cash-in "Badi" or South Africa's lo-rent homage "Nukie", and the same craze which filled international airwaves with the likes of Extra T's electro smash single "E.T. Boogie" or the million selling Columbian "Cumbia de E.T. El Extraterrestre" smash hit. In 1982, the diaspora from Steven Spielberg's small fictional mid-American neighborhood that played host to everyone's favorite torch-fingered, three-toed, Skittle-scoffing space goblin touched virtually every family home in every major city resulting in one of the biggest cinematic merchandise phenomenas of the 21st century, resulting in an unexpected high-demand/short-supply play-off in which bootleggers, copyists, and counterfeiters rose to the challenge like never before. When Spielberg regrettably told interviewers that he had no intention of making a sequel to E.T. The Extra Terrestrial, it instantly became open-season for the imitators... but way before somebody squeezed-out, Mac & Me, ALF, and The Purple People Eater a team of kid's TV executives in Catalunya were ready to fill the widening gap in the market without haste. Created in 1983 by Luna Films and Televisió de Catalunya (TV3) and screened exclusively in Catalunya, Kiu I Els Seus Amics was one of the first E.T. "tributes" to make it out of the gate, and with a crew of five individual directors and writers to ensure that the five episode, one-off series hit the wave of phone-home-fever, Kiu has since remained a short but sweet micro-memory in the hearts of an entire generation of Catalonian cosmonauts. The bulk of this LP is made up of tracks taken from the rare full-length album which was released after the TV program had aired, coinciding with sales of jigsaws and rubberized play figures in an attempt to catch-up with the unexpected mega-success of the show. Needless to say, with a short promotional window, the LP (and cassette edition) did not benefit a repress and most copies were unfortunately sold to children.