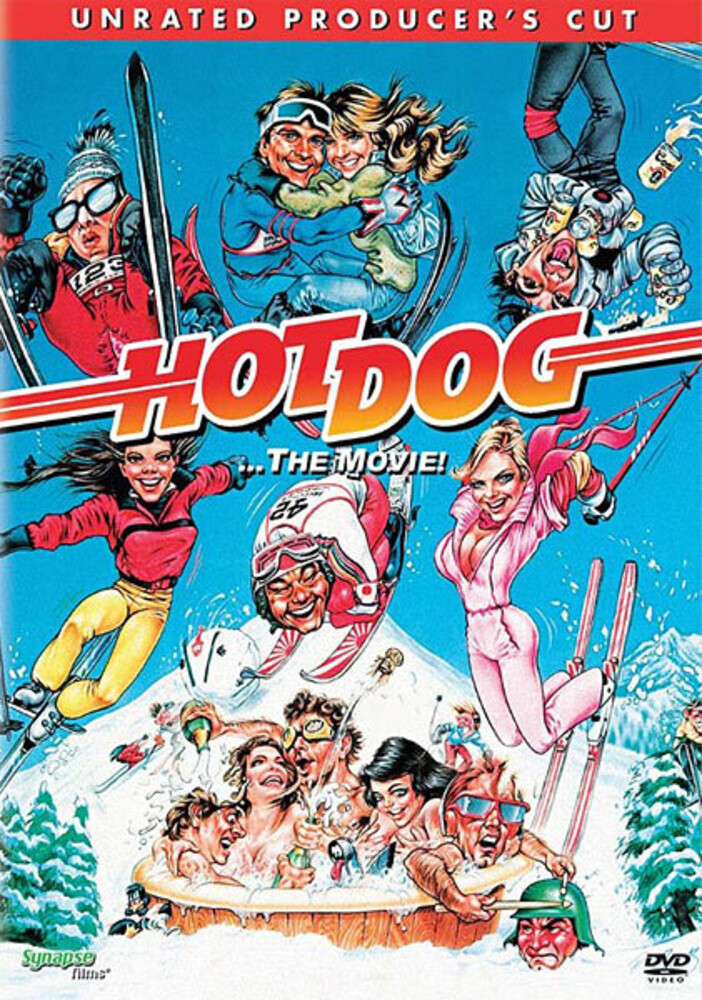 Harkin Banks (Patrick Houser) is an American hot-dogger who enters a winter skiing competition and goes pole-to-pole with Rudi (John Patrick Reger), an arrogant Austrian pro who will do anything to win! As Harkin's "Rat Pack" and Rudi's "Rudettes" battle on and off the slopes, Rudi's ultra-sexy ex-girlfriend (Shannon Tweed, Playboy's 1982 Playmate of the Year) sets her sights on Harkin with a few "pointers" of her own. Culminating in a final and dangerous "Chinese Downhill" race, only one will be victorious! See and hear HOT DOG... THE MOVIE the way it was always meant to be in this "Unrated Producer's Cut" of the iconic '80s T&A ski-comedy classic! Remastered in 4K from the uncut 35mm camera negative and remixed in 5.1 surround sound, this is writer/co-producer Mike Marvin's original version of the film containing additional nudity, sex and restored scenes not included in the 1984 theatrical release