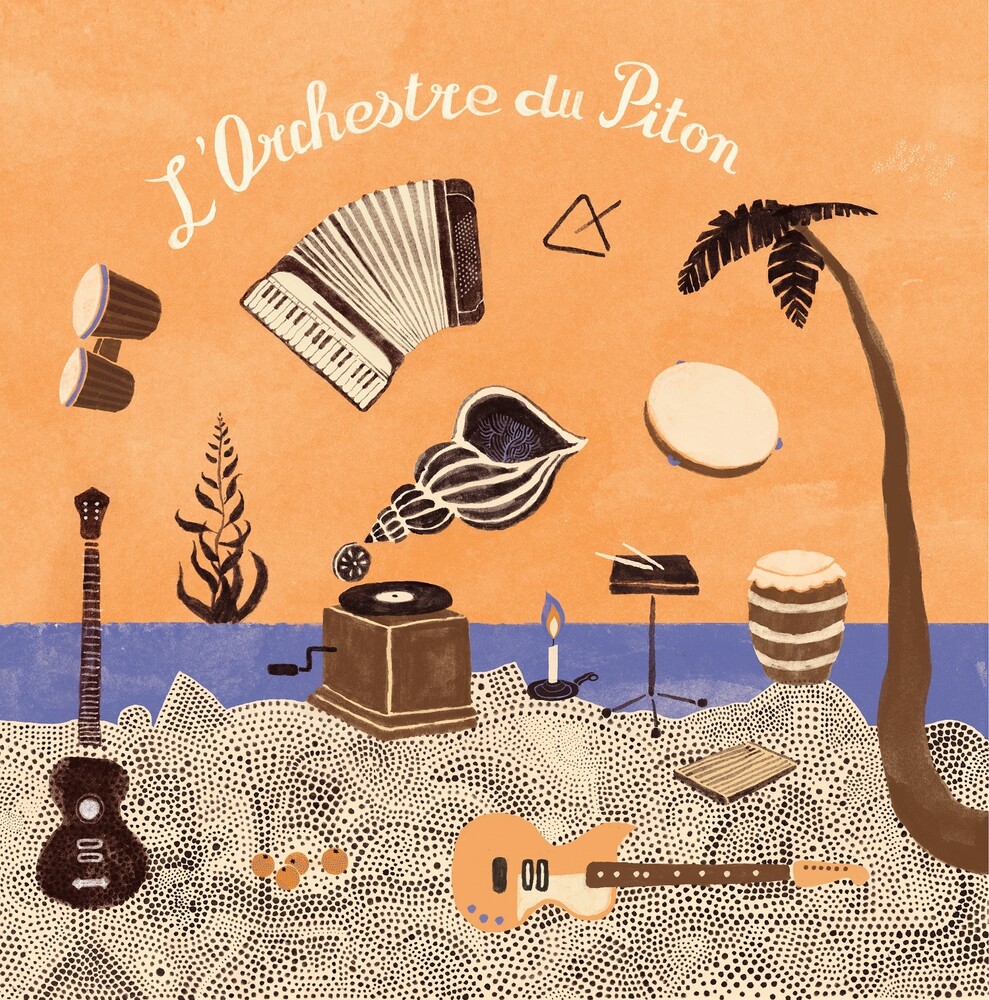 The rich sounds of Maloya and SĂ©ga music, originating from the RĂ©union island (as well as Mauritius and Seychelles for SĂ©ga), have recently been brought to the ears of the Northern hemisphere's music lovers. Hailing from the French Alps, where RĂ©union-natives and young 'metropolitan' French youngsters have been sharing parties, food and music for years, Les Pythons de la Fournaise are a flavoursome electric 'SĂ©ga' band and they have already put out a couple of albums over the last decade. Though true to the roots and spirit of the genre, they developed a special sensitivity which defined their style; and this time, they are interpreting SĂ©ga and Maloya songs under the form of a - nearly - all-acoustic orchestraÂ : 'L'Orchestre Du Piton'Â ! This Long-Player has got a particular sound and character, starting with a powerful four-woman choir (often sung in unison, in accordance with the Maloya tradition). The 'lead' is a different singer on almost every song, which brings a variety of tone and vocal texture to the album. Instead of keys, organ or synth, Les Pythons went for accordionÂ ; they also brought into the studio an array of percussion, ranging from classic bongos and bells to typical instruments of the Indian OceanÂ : the Kayamb, the Pikeur, the Sati and most notably the RoulĂ¨r - the king of them all, majestic barrel-shelled bass drum. On songs like 'Anon Manz Demiel' (Let's go and eat honey), two crazy electric guitars with intertwined riffs add a fresh element to the sound - somewhat echoeing with Esquivel's exotica and Congolese rumba at the same timeÂ ! And the most unusual fact on this recordÂ : there is no bass guitar. Perhaps the band had a statement to make; in our modern music culture where bass plays a central role, they prove that one can move to other sounds - and appreciate the more organic deepness of percussion. Whether or not you look into the meaning of the songs (mostly from the RĂ©union repertoire with a couple of Mauritian exceptions and one original 'Pythons' composition), you will feel the mood of the Creole lyrics - a deep love story in 'Maloya Tantine', an hymn to slowness and indolence in 'Tou Dou', a clumsy chat-up scene in 'Malbaraise'... And overall, a joyful, fresh and sparkly energy emanates from this 'Orchestre' sound, from this exceptionally talented crew. OtĂ©Â !
back to top