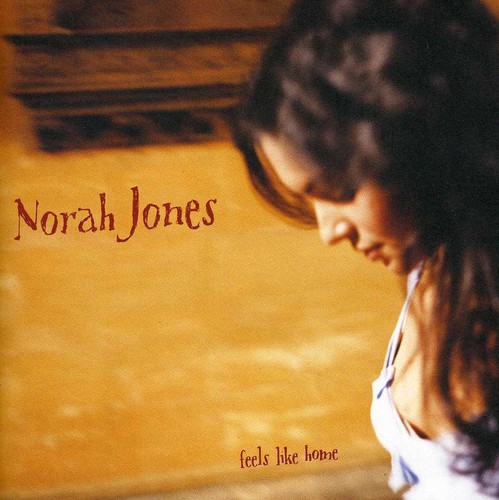 Norah Jones has quickly and quietly become one of the most successful and critically acclaimed artists ever. She has something for everyone, blending jazz, country, soul and folk into a truly populist brew that everybody digs. She has performed with the likes of OutKast, Beck, John Mayer, Willie Nelson, Aretha Franklin and Ray Charles without batting and eyelash. She now returns with an amazing new album FEELS LIKE HOME. Album Tracks include: "Those Sweet Words," " What Am I to You," "Be Here to Love Me."

''Feels Like Home'' is the second album by jazz songwriter Norah Jones, released in 2004. It sold a million copies in the first week of its U.S. release, the first album to do so since Eminem's The Marshall Mathers LP (2000) and it was the second best-selling album of 2004, with about 4 million copies sold in U.S., It sold 1,920,000 copies on its first week worldwide.

In the Netherlands, it was the year's best-selling album and According to EMI/Blue Note, this album has shipped over 10 million copies worldwide, and the twenty-fourth best-selling album of the 2000s. Norah won one Grammy Awards for Best Female Pop Vocal Performance ("Sunrise"), and was nominated for Best Pop Vocal Album (Feels Like Home), and Best Country Collaboration with Vocals for "Creepin' In" with Dolly Parton.

To support the album her record label recorded a commercial to be in televised in the U.S. and worldwide. In the commercial she dubs the three singles from the album.

This album has been released with the Copy Control protection system in some regions. - Wikipedia