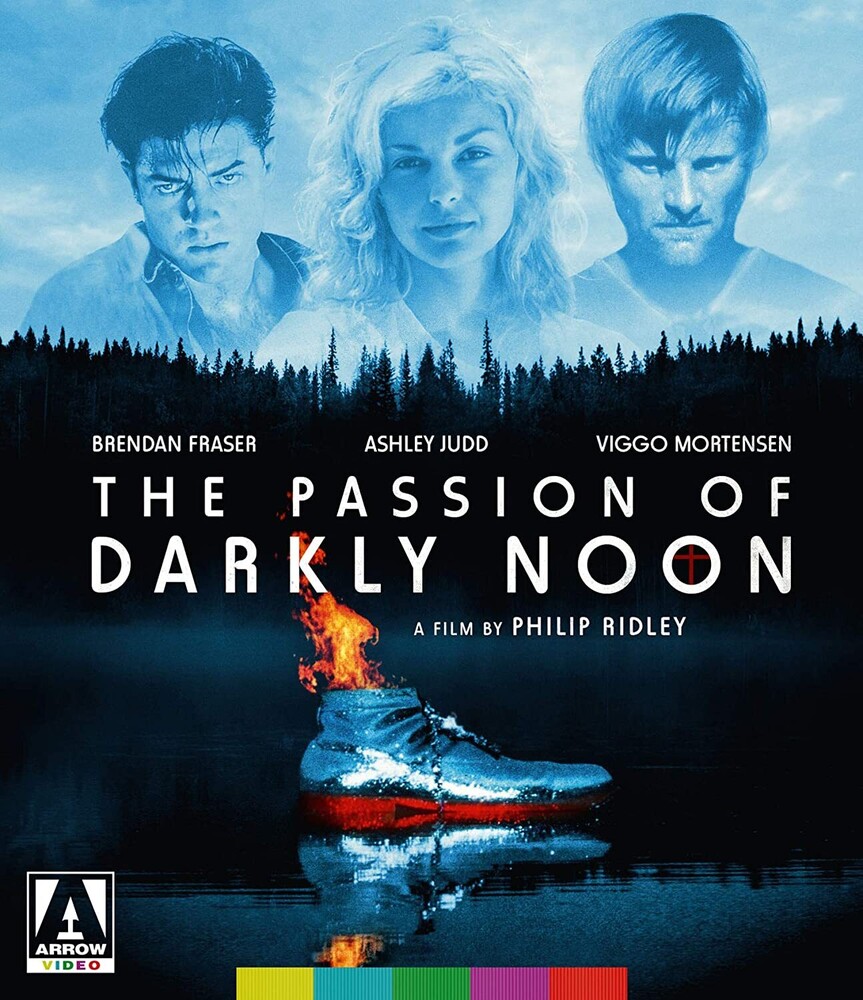 IF YOU GO DOWN TO THE WOODS TONIGHT... Described by critic Mark Kermode as an "extraordinary filmmaker" and "one of the UK's most imaginative talents", visionary British director Philip Ridley followed his sensational debut The Reflecting Skin with another surreal incursion into the dark heart of the 'American dream' in The Passion of Darkly Noon. Darkly Noon (Brendan Fraser) is the sole survivor of a military-style attack on an isolated religious community. Stumbling through a forest in a daze, he is rescued by the free-spirited and enigmatic Callie (Ashley Judd). Darkly finds himself feeling strange new desires for Callie as she nurses him back to health... only to watch her jump into the arms of her returning mute lover Clay (Viggo Mortensen). Lost in the woods with only his fundamentalist upbringing to make sense of his unrequited passions, Darkly soon descends into an explosive and lethal rage. Now available for the first time worldwide on Blu-rayT, Ridley's talent for spellbinding, hallucinogenic dream imagery is on full display in a glittering new transfer of his most formally inventive and electrifying film. The mesmerising soundtrack includes two songs co-written by Ridley for the film, "Look What You've Done (To My Skin)" performed by Gavin Friday and "Who Will Love Me Now?" performed by PJ Harvey.