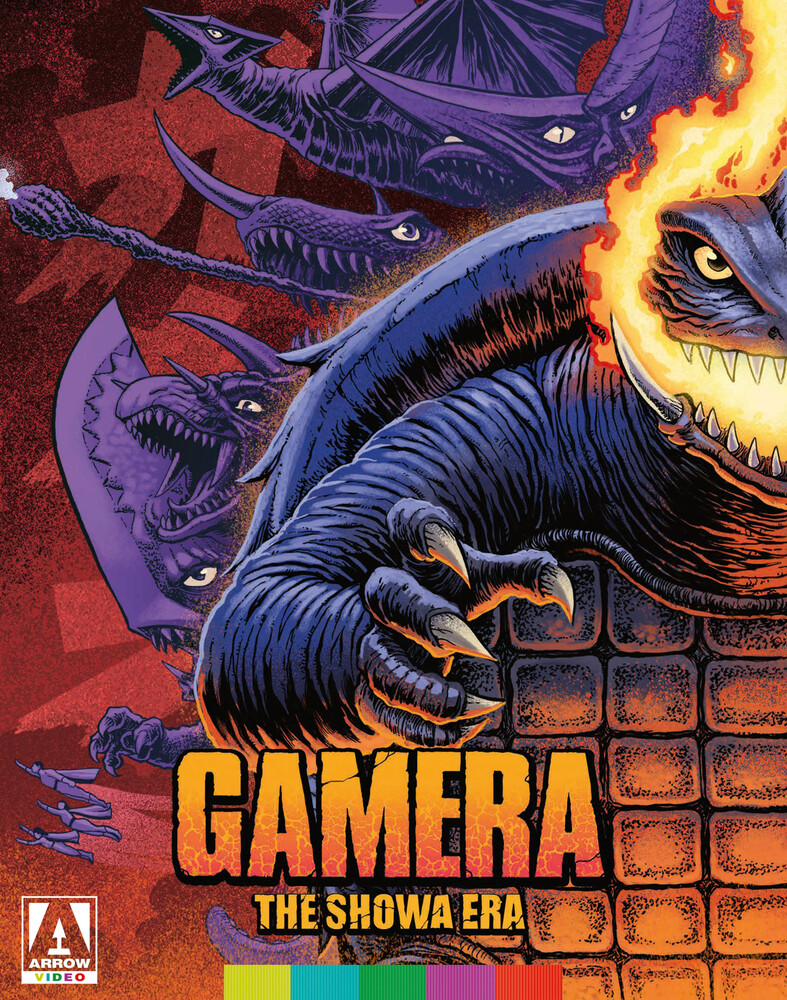 As giant monsters rampaged the Japanese cinematic landscape during the "kaiju boom" of the mid-1960s, Daiei Studios introduced a new character to the screen that would be embraced for generations: Gamera, the giant, flying, fire-breathing turtle, and friend of all children! Buried under the Arctic ice for several millennia, the colossal chelonian is unleashed upon Japan, leaving havoc in his wake. After becoming an unexpected box office sensation, Gamera returned several more times, leaping to the world's defence against a motley assortment of evil creatures, from the death-ray-shooting flying terror Gyaos, to the knife-headed alien menace Guiron, to the underwater invader Zigra