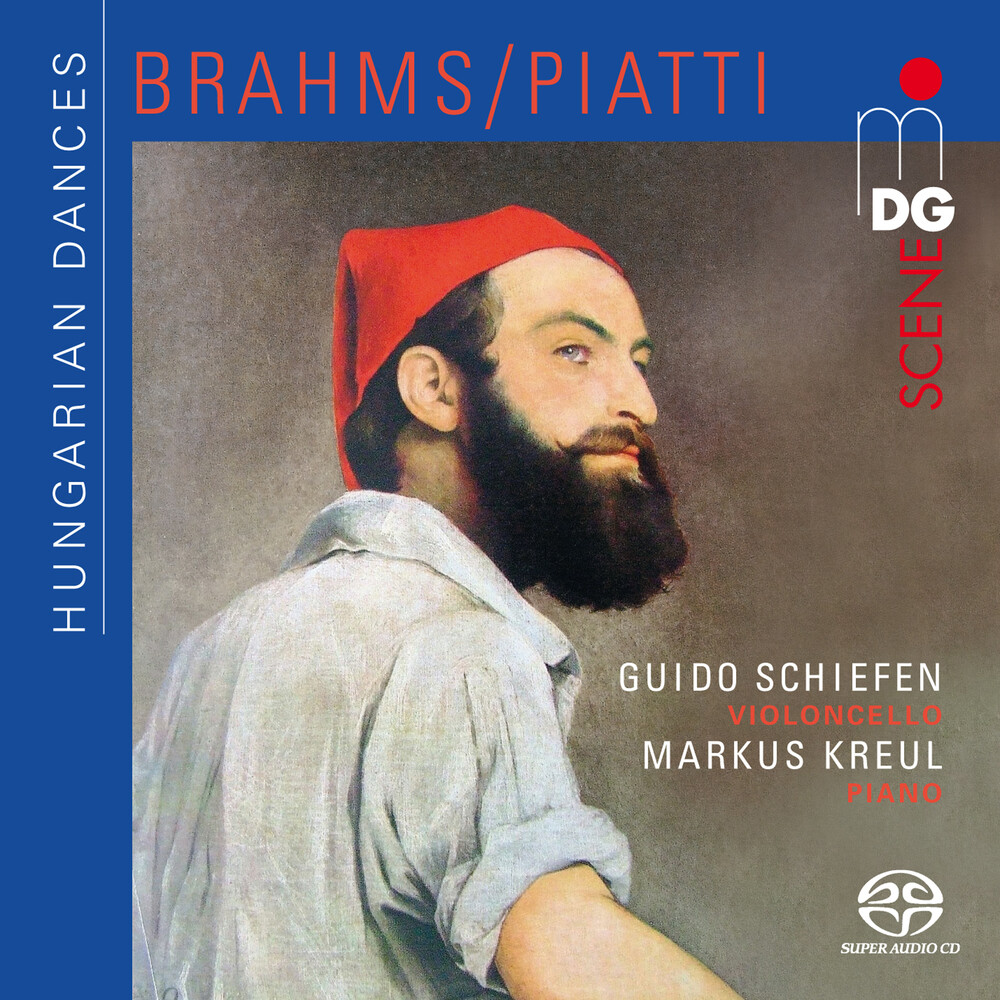 The Hungarian dances of Johannes Brahms have always been most popular. Rarely, however, have these immortal evergreens been heard so glowing and full of life as in the performance of Guido Schiefen and Markus Kreul, who for the first time ever recorded the complete arrangement for cello and piano by the Italian cello virtuoso Alfredo Piatti on album. Along with Joseph Joachim, Piatti was one of Clara Schumann's preferred chamber music partners and thus in Johannes Brahms' closest circle. The composer must have been very satisfied with Piatti's version, since the cello adds several dimensions of the most sensitive expression to the score, which was originally written for piano four hands - only a string instrument can lament as painfully as the sixths in No. 11. Schiefen and Kreul joyfully celebrate the emotionally charged music, without ever slipping into cliché. Mischievous elegance (number 3), accentuated rhythm (number 10) and the genuinely Czarda-like juxtaposition of deeply felt melancholy and exuberant cheerfulness (number 4) characterize the music, which was partly composed according to original Hungarian melodies and partly inspired by Brahms in the style of the puszta. Through to the exuberant finale with it's never-ending trills, Piatti does not exactly make the cellist's task easy. Yet his arrangement is much more than just virtuoso stuff: in close relation to the four-handed model, a genuine piece of chamber music is created, which the two performers conjure up on the dance floor in almost somnambulistic certainty.