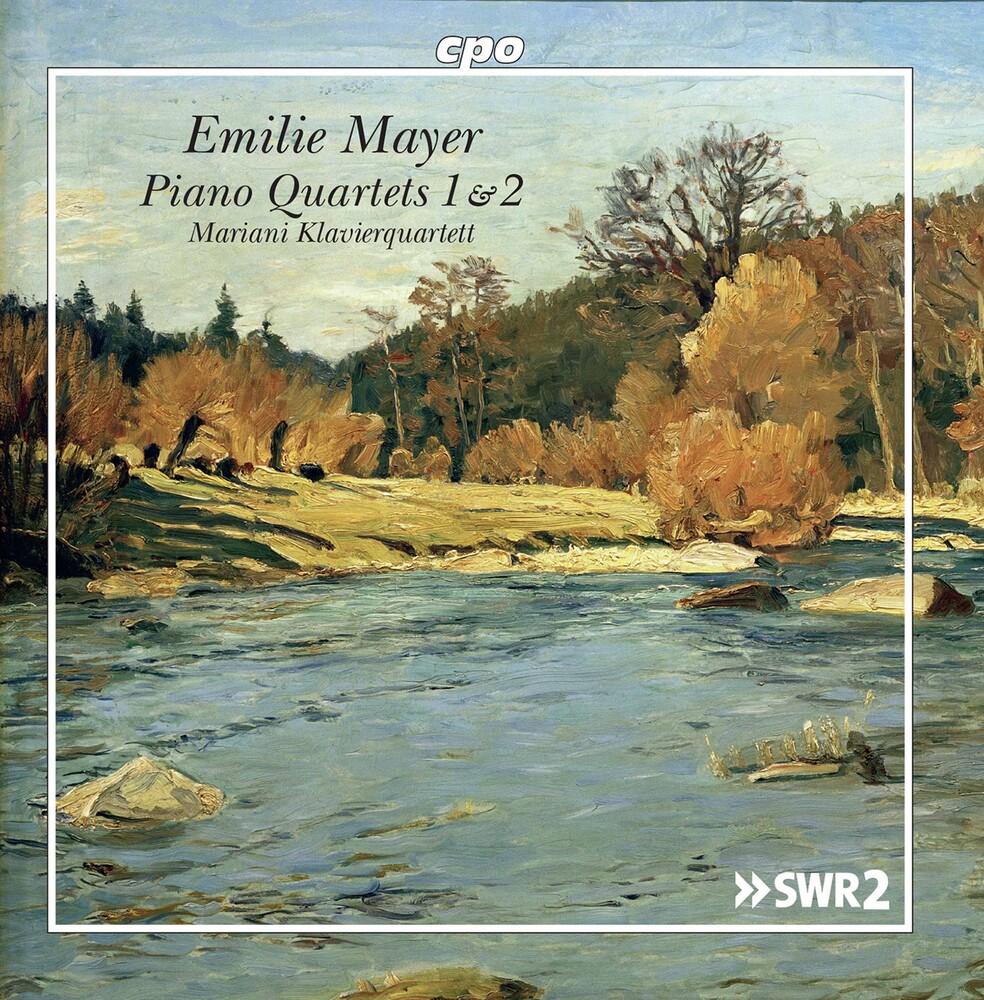 "Compositions that already on a first hearing leave behind a uniquely original impression. " This is what klassik-heute. Com wrote after the release of our first album with piano trios by Emilie Mayer. Her extensive chamber oeuvre for piano also contains two piano quartets. She composed these two works, one in E flat major and the other in G major, at the end of the 1850s. At the time Emilie Mayer was an esteemed composer residing in Berlin: most of her works were performed with success, and she enjoyed broad recognition in music circles. Each of her quartets consists of four movements. Here her model in formal matters was not so much Mozart or Beethoven but Schumann, whose sole Piano Quartet op. 47 had been published a good fifteen years before. Considering her music as a whole, we may say that in her piano quartets, just as in her chamber oeuvre in general, Emilie Mayer was a compellingly independent composer with firm rooting in classical models who succeeded in developing a romantic musical language all of her own.