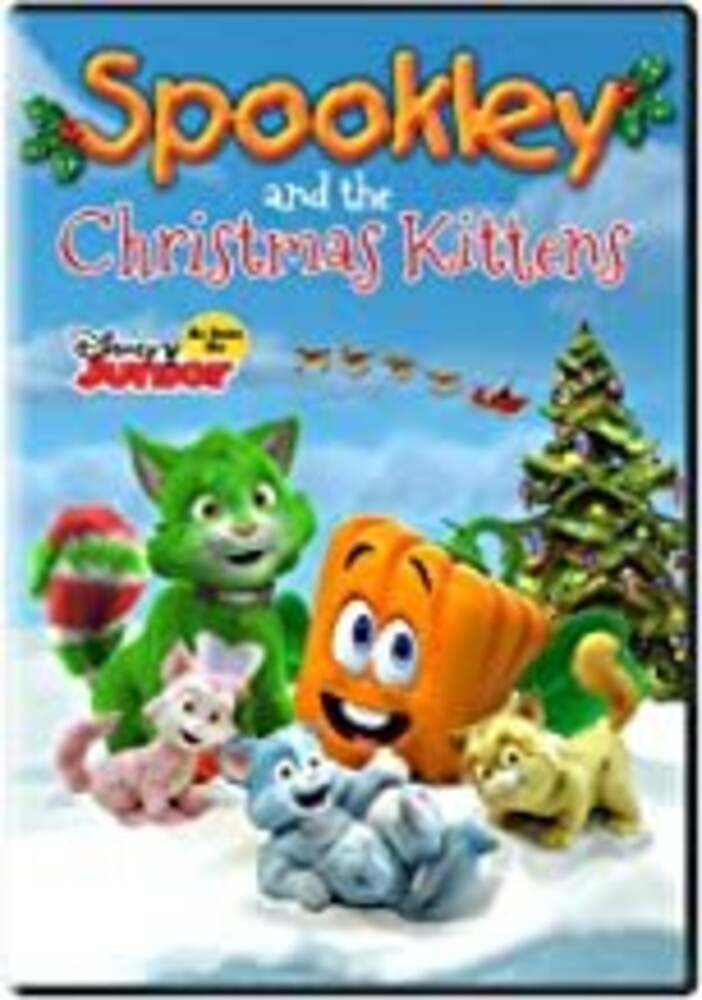 Spookley the Square Pumpkin and his Holiday Hill Farm friends are celebrating the first Christmas snowflake of the season when an unusual green cat named Mistletoe crashes the party. Unable to remember who he is, or where he came from, Mistletoe sets off into the woods after a mysterious owl who stole his collar... his only link to the past. Unable to convince his friends to join him, Spookley does the right thing and sets off alone to find Mistletoe. While Spookley races against time, and an oncoming snowstorm, Mistletoe meets an oddly energetic raccoon named Leon who tricks him into adopting three precocious kittens named Scat, Scram and Shoo. Spookley finds Mistletoe and the kittens just as the storm reaches it's peak and bravely leads them all safely back to the farm where they find a surprise gift for Mistletoe from Santa which reveals his mysterious past and changes his future forever.