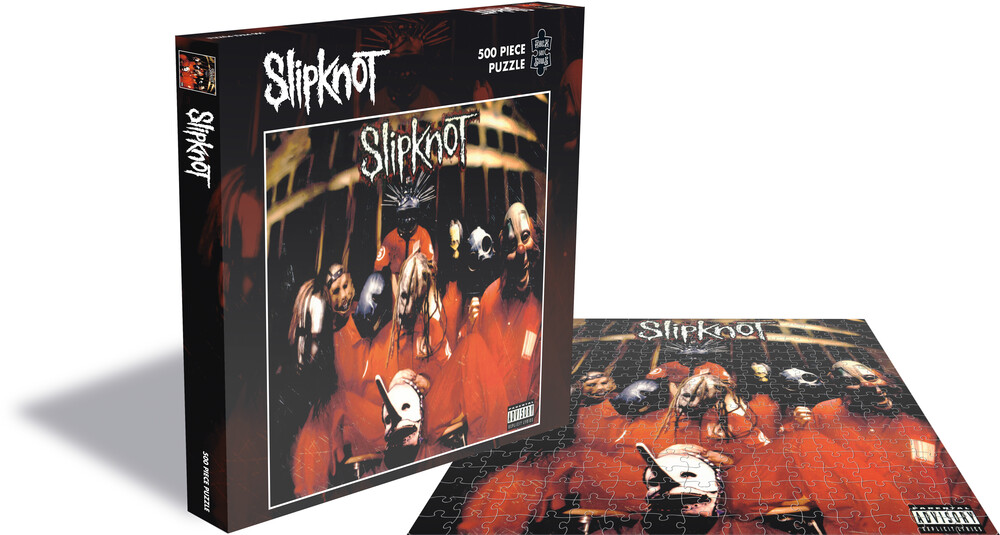 Released on 29th June 1999, "Slipknot" is the debut studio album by the American heavy metal band Slipknot. It was well received by fans and critics alike and was responsible for bringing the band a large increase in popularity. The album peaked at number 51 on the Billboard 200 and has gone on to become certified double platinum in the United States, making it the band's best-selling album. In 2011, it was voted the best debut album of the last 25 years by readers of Metal Hammer magazine. The album's iconic cover art is now available as a 500 piece jigsaw puzzle printed on high quality board. 500 pieces, Weight: 490g. Jigsaw size: 39cm x 39cm. Box size: 30. 9cm x 30. 9cm x 2. 8cm