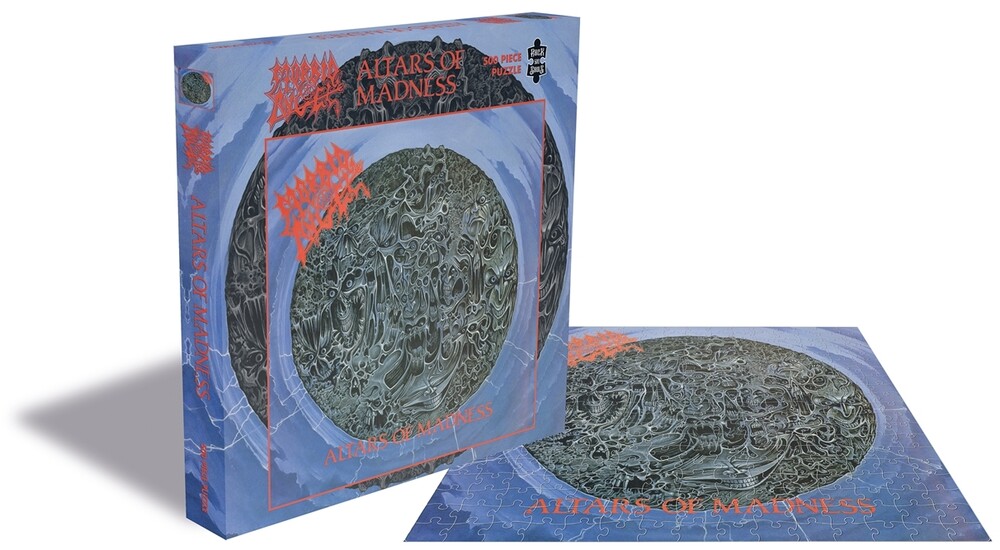 "Altars Of Madness" is the debut studio album of Florida-based death metal band Morbid Angel. It was released on May 12, 1989 through Combat Records/Earache Records. The album was recorded in December 1988 at Mor-risound Recording in Tampa, Florida. The album is one of the earliest examples of death metal and is considered to have helped pioneer the sound along with Possessed's "Seven Churches" in 1985 and Death's "Scream Bloody Gore" in 1987, and set a new precedent for heaviness and extremity, both musically and lyrically. It is one of the most celebrated albums in death metal history, and one of the most influential heavy metal albums of all time. The overtly Satanic and occult lyrical themes were a significant influence on the early Norwegian black metal scene. The cover artwork, by Dan Seagrave, depicts "a flat disk made of a fossil material, that has captured souls". Dan had previously designed covers for British thrash bands like Warfare, and Hydravein. 500 pieces, Weight: 490g. Jigsaw size: 41cm x 41cm. Box size: 30. 9cm x 30. 9cm x 2. 8cm