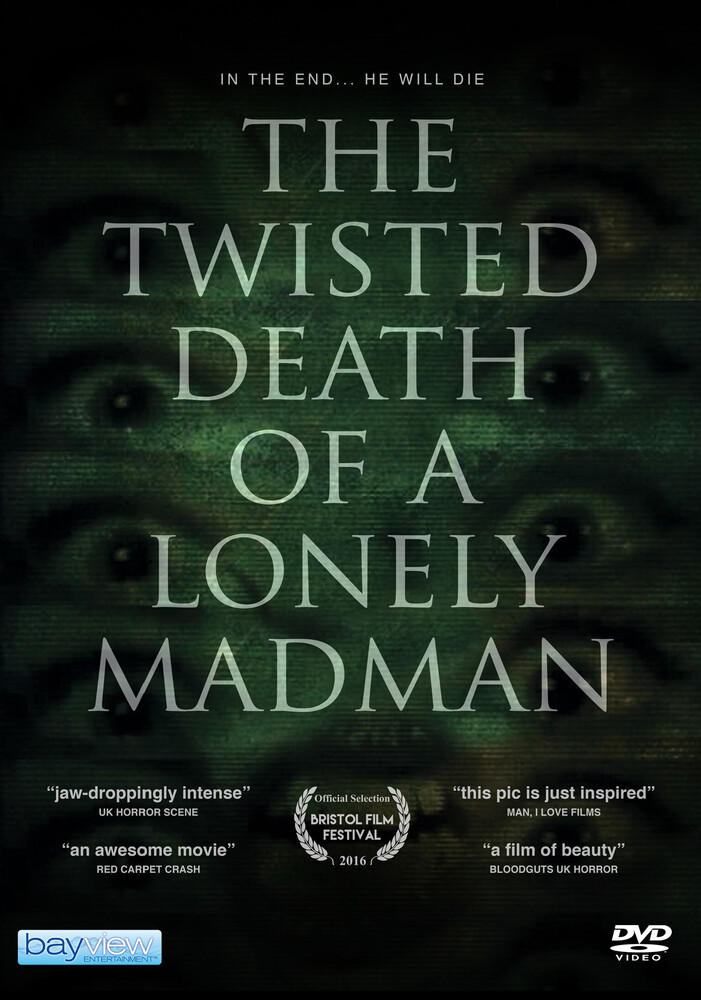 Twisted Death Of A Lonely Madman
Format: DVD
New: Not in stock
Wish

Adam is so afraid of being attacked that he has not left his flat in over six months. In that time his mental and physical health has deteriorated. His gums bleed, the posters of his favourite movie star follow his every move and his computer system is his only contact with the outside world. For six months he has been growing ill. His only release comes from the therapeutic blog updates of Mystic57; another soul living in fear but one who, despite hiding her face, confronts her phobia by giving it a name and reporting it to the world. But for Adam, the division between reality and nightmare becomes an ever more gray area and real life becomes stranger than imagination when he is forced into deeper and darker methods of distraction from that which he fears the most. Drom Will' Terran, the director of The Murderers and Homesitters.