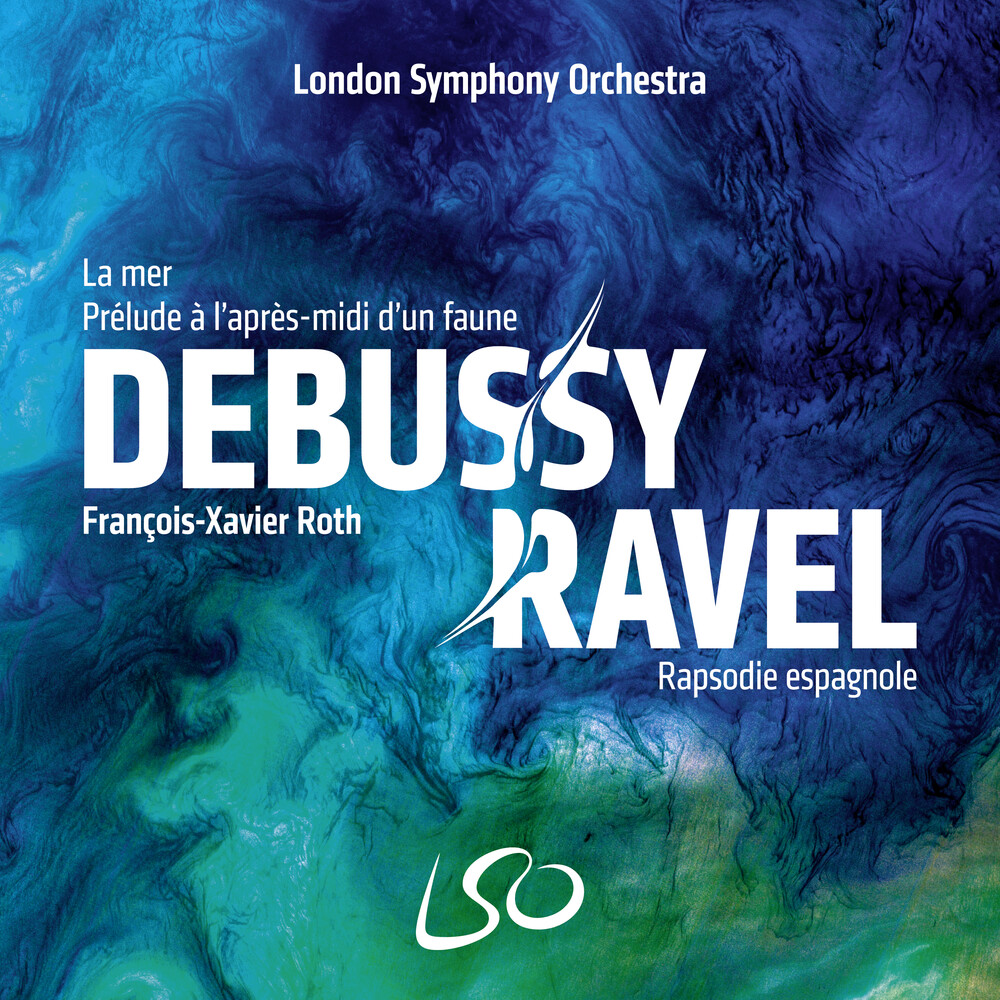 FranĂ§ois-Xavier Roth, Principal Guest Conductor of the London Symphony Orchestra, displays his deep affinity with the music of Debussy and Ravel on his latest LSO Live album. A fascination with his Spanish heritage would be a recurring theme in many of Ravel's creations. Mysterious melodies weave delicately throughout his early work Rapsodie espagnole, punctuated by bursts of Spanish-inspired fanfares and Habanera dance rhythms. The voluptuous flute opening of the PrĂ©lude Ă  l'aprĂ¨s-midi d'un faune immediately conjures a world of luxurious fantasy, weaving through the music's changing scenes with effortless spontaneity. Every instrument adds something unique, and the whole work appears to float free of form and convention. In La mer, Debussy tells the story of the eternal odyssey of the ocean. He sails through storm and calm, wind and rain, in music that rises and falls with the rhythms of the sea. The score is so vivid that you can almost smell sea salt and see the crests of the waves.