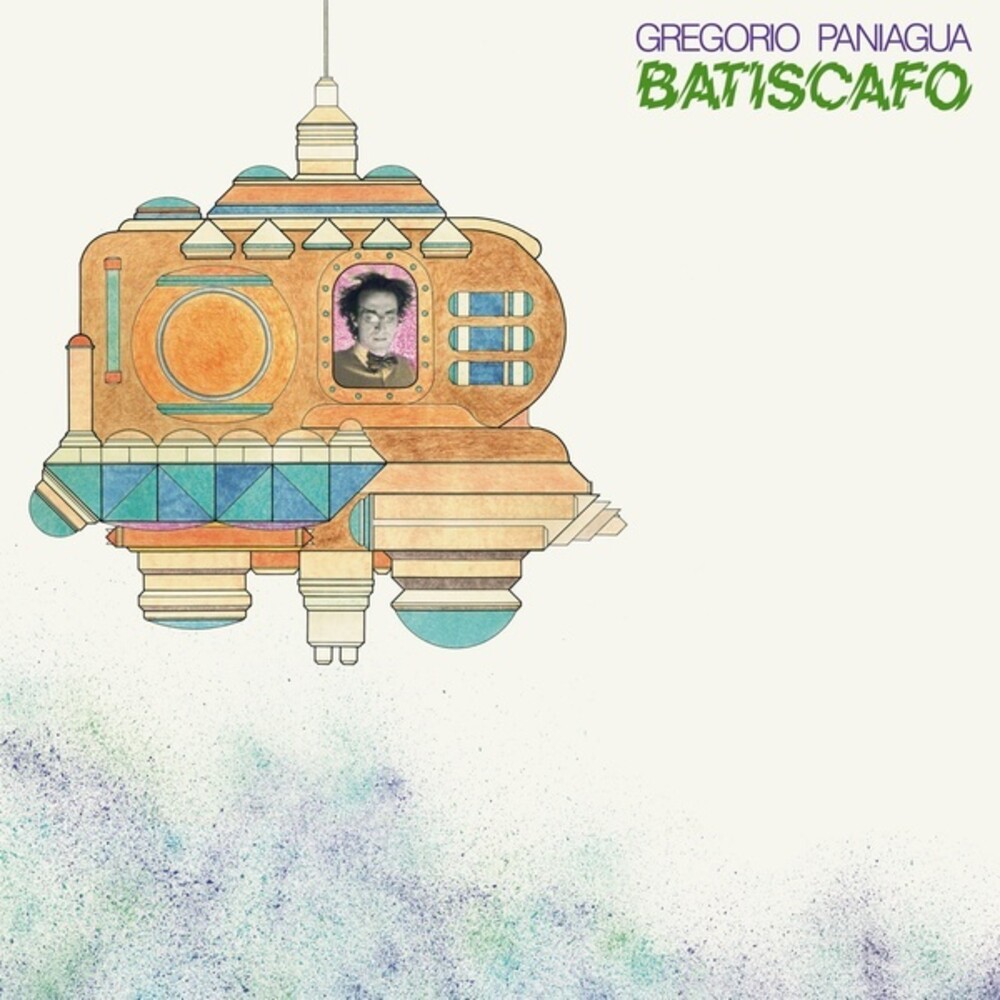 Munster Records presents a reissue of Batiscafo by Gregorio Paniagua. Immersed in an age of re-releases and the pursuit of rarities, hidden gems and marvels, record labels are constantly rediscovering musical jewels, which previously only collectors have had the chance to own. Batiscafo is one of these elusive treasures. First released in 1980 on the label Hispavox, the album disappeared after a short run and no further editions in any format have been available until now, in spite of the huge level of interest shown by fans to get their hands on a vinyl record in mint condition by this outstanding musical oddity made in Spain. Paniagua is a classically trained musician and scholar of music with an extensive and fruitful history of researching, recording and rediscovering ancient music, varying from Las Cantigas de Santa María del Rey Alfonso X El Sabio (which earned him a gold record in Japan), to Andalusían music from Spain's past or compositions from ancient Greece, as well as playing with the vocal and instrumental ensemble Atrium Musicae, which toured across the world to great critical acclaim. In 1980, Paniagua embarked on a solo project, moving from the classical to the pop department at Hispavox. He shut himself off from the world every night for a whole month to record Batiscafo. Assisted solely by a sound technician at the controls of the latest mixing desk, his instruments and brilliant inventiveness, he managed to create this gem, a record that seeks to emulate Mike Oldfield's Tubular Bells (1973) and which vanished all too soon, becoming the Holy Grail of Spanish experimental music. Batiscafo anticipated a wave of avant-garde Spanish music in the '80s with key figures such as Suso Sáiz, Pep Llopis, Ishinoana, or Finis Africae, who are now being rediscovered and admired outside Spain. It is a highly original and imaginative record that continues to surprise listeners forty years on, with it's bold combination of early electronic music, classicism, experimentation and psychedelia. It's a masterpiece that endures the test of time. Remastered from the original tapes, includes facsimile artwork and liner notes, on 180 gram vinyl.