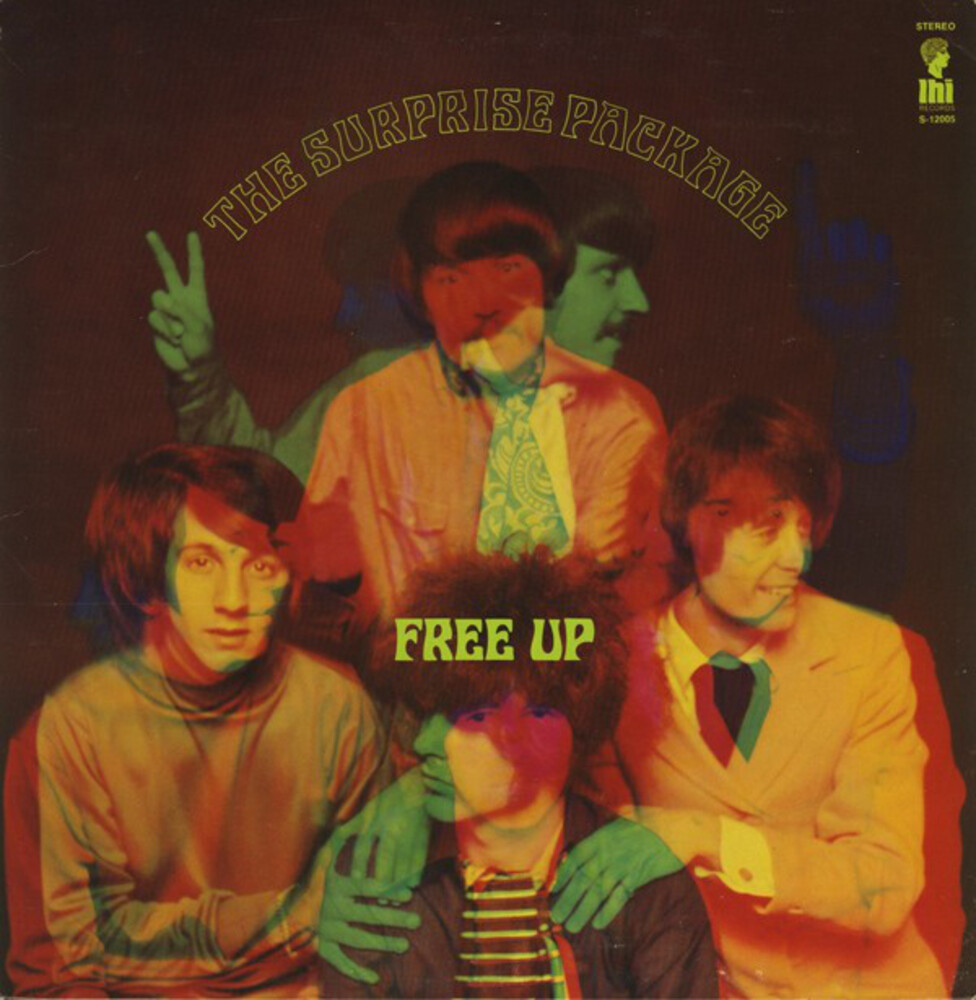 Munster Records is proud to present the second installment of the Lee Hazlewood Industries (LHI) Records Reissues Series with the first-ever reissue of The Surprise Package, "Free Up".Born out of the fertile 1960s music scene of the Pacific Northwest, The Surprise Package was comprised of members from The Viceroys and The Galaxies. These two bands were regulars at regional teen fairs and often played alongside The Sonics and The Wailers. After a record deal with Columbia Records and Terry Melcher fell through, the group found themselves in the waiting room of LHI headquarters for an audition with Lee Hazlewood. Lee liked what he heard and the band was signed.In the late 1960s, Lee went on a creative tangent into the world of psychedelia, releasing far-out tracks from Ann-Margret, The Aggregation, Hamilton Streetcar and many others. The Surprise Package recorded the album "Free Up" with Lee, featuring heavy fuzz guitar, rock organ, keyboard bass (like The Doors) and a fifteen-minute title track. Though Lee was always willing to experiment in the studio and explore many different genres, psychedelia wasn't totally his bag. He spent a lot of the sessions in the control room drinking scotch. "I can give you a quote from Merle Haggard," joked Surprise Package singer Rob Lowery. "He was sitting in on one of our sessions once and he said 'You know, I don't understand this rock 'n' roll bullshit!' I don't think Lee understood it either, but he liked it and he was behind us."A stadium show with Led Zeppelin, extensive touring with the Beach Boys and other national acts failed to bring success. The band parted ways with Lee and LHI, changed their name to American Eagle and put one final record out on Decca.Remastered from the original analog tapes by GRAMMYr-nominated engineer John Baldwin, the reissue is complimented by a new Q&A interview with Surprise Package member Rob Lowery and GRAMMYr-nominated reissue producer Hunter Lea.
back to top