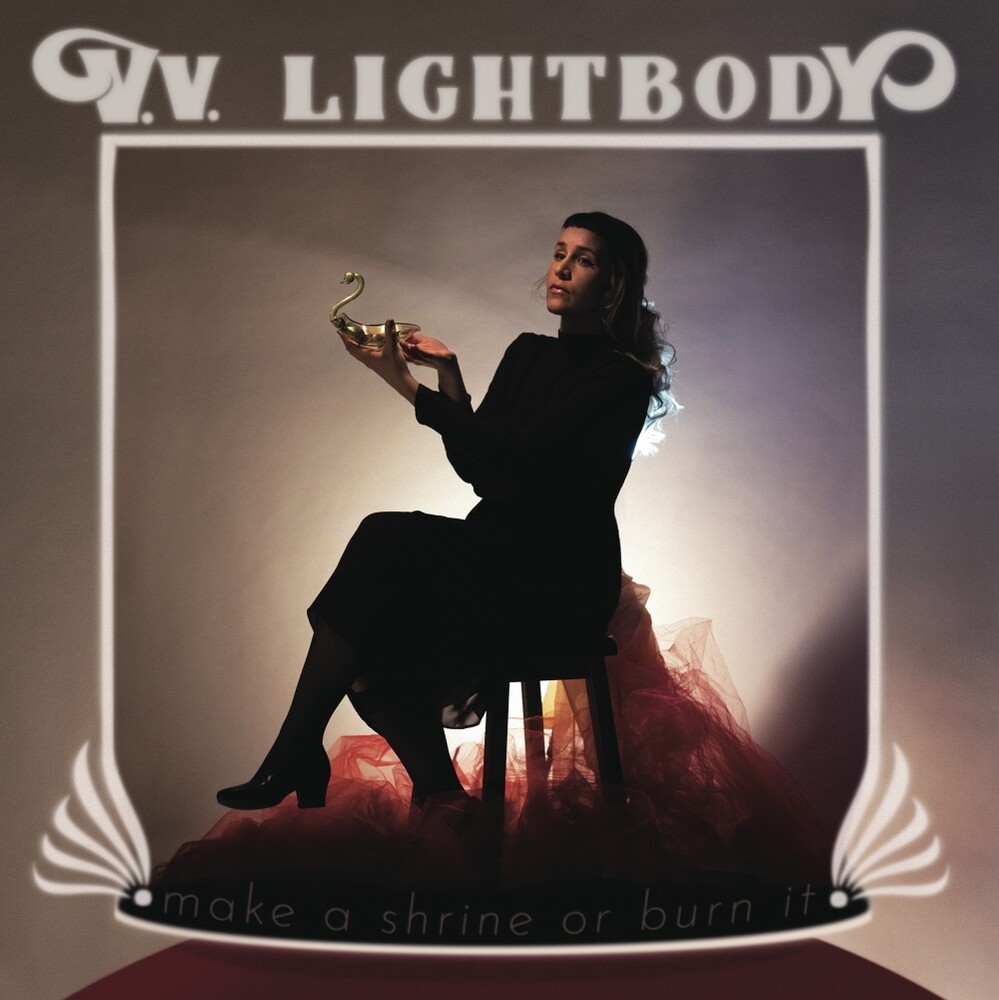 What does belonging to yourself look and sound like in 2020? For Chicago's V.V. Lightbody, it's following her 2018 debut "Bathing Peach," with a break-up and breakthrough sophomore LP Make a Shrine or Burn It - a masterclass in self-reflection and female autonomy. Produced herself, the album finds the singer/songwriter folding her oceanic, nap rock sound into the musical kaleidoscope of Laurel Canyon folk-pop and floaty, improvisational psychedelia; inviting the listener into the complex yet controlled chaos of it all.  Recorded at noted Chicago recording studios including Decade Studios, Public House and Pallet Sound, McConnell produced the album herself and teamed up with the city's go-to engineer Dave Vettraino (Lala Lala, Makaya McCraven, Deeper, Melkbelly). Building upon lush harmonies and textured rhythms - featuring Ohmme's Sima Cunningham on vocals and Macie Stewart on violin, and saxman Wills McKenna among others - "Make a Shrine or Burn It" is an adventurous uptick in the dreamy, signature V.V. Lightbody soundscape.