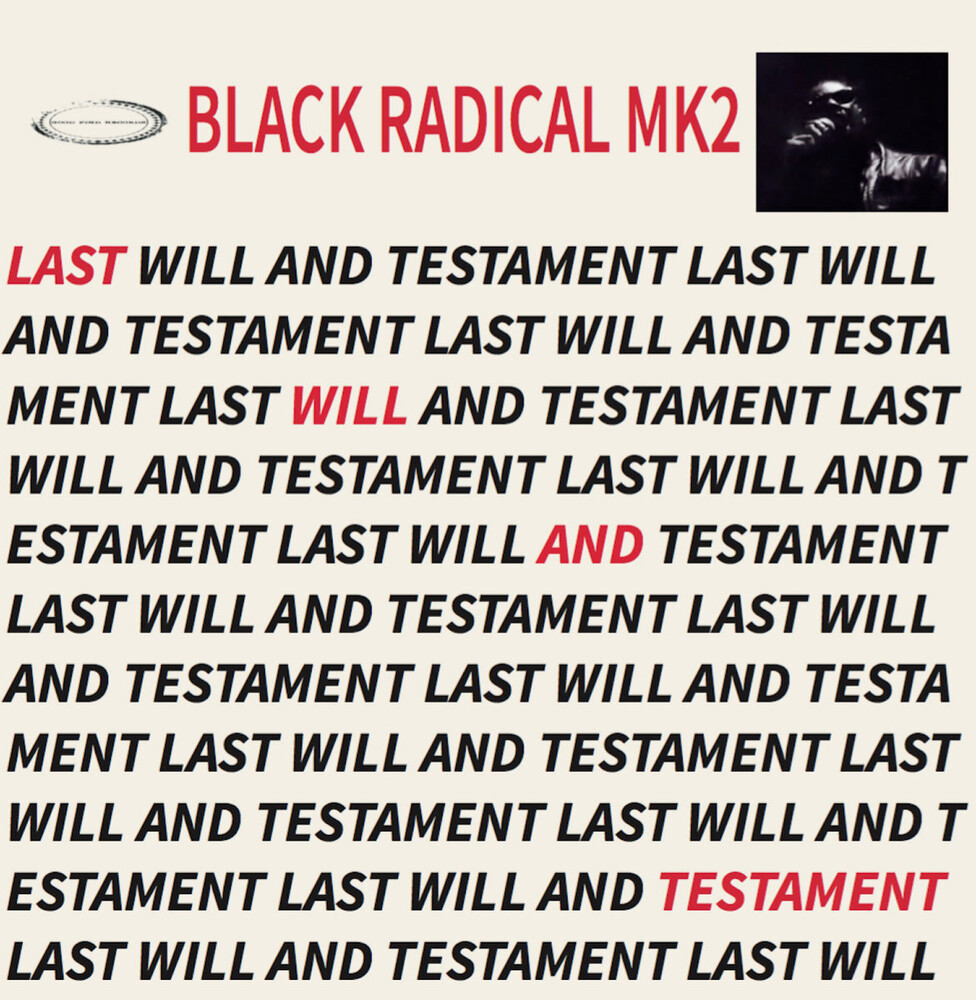 A pioneer of the UK hip hop movement Black Radical MK2 rose to prominence in the late '80s with his socially conscious recordings aimed at the establishment and the power structure that blighted the black inner cities throughout the U.K. A true independent. The crew that he spearheaded Bass Inc had their own record label threw their own parties and dictated their own future without feeling the need to cower to the major labels of the time. Having released a number of critically acclaimed projects Black Radical completed his final recording entitled the Last Will and Testament. He gave away the recording as a parting gift to his fans and friends as a limited run cassette before retreating to pursue entrepreneurial endeavors. We are humbled and excited to present this 4 track masterpiece to the world. Recorded in 1998 it is a precursor to the Black Lives Matter movement undeniably ahead of it's time, it takes aim at racial inequality, social hypocrisy and the exploitation of the masses. An important recording that offers a concise and unfiltered look at a society that unfortunately still bears the same scars that make this record as relevant today as it ever was.