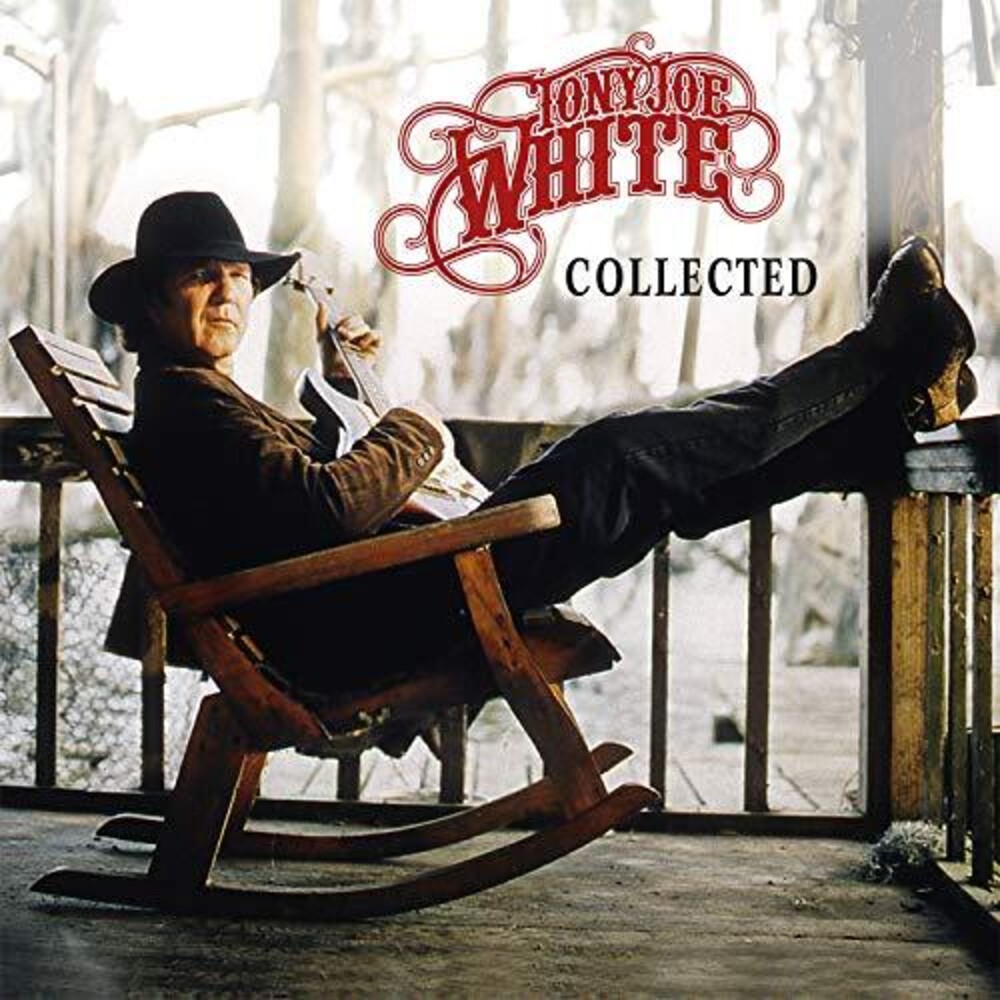 Double vinyl LP pressing in gatefold jacket. Tony Joe White was an influential musician in the 1960s and 1970s swamp rock scene. As one of the creators of this sound he recorded different hit songs, like 'Rainy Night In Georgia' and 'Polk Salad Annie'. The Collected title covers his music from the '60s until the '00s, including duets with different artists. After Tony signed his first contract in 1967 he recorded multiple singles without success. In 1969 'Polk Salad Annie' charted in the U.S., reaching #8. He recorded multiple albums in the late 1960s early 1970s. As he became more popular other musicians started covering his songs, like Dusty Springfield's 'Willie and Laura Mae Jones' and Brook Benton's 'Rainy Night in Georgia'. Both songs charted as cover versions and made him a well-known artist. During the 1990s and 2000s he recorded more albums and singles, including classics like 'Ain't Going Down This Time' and '(You're Gonna) Look Good In Blues'. All his hits, fan favourites and unknown gems are included on this fantastic release.