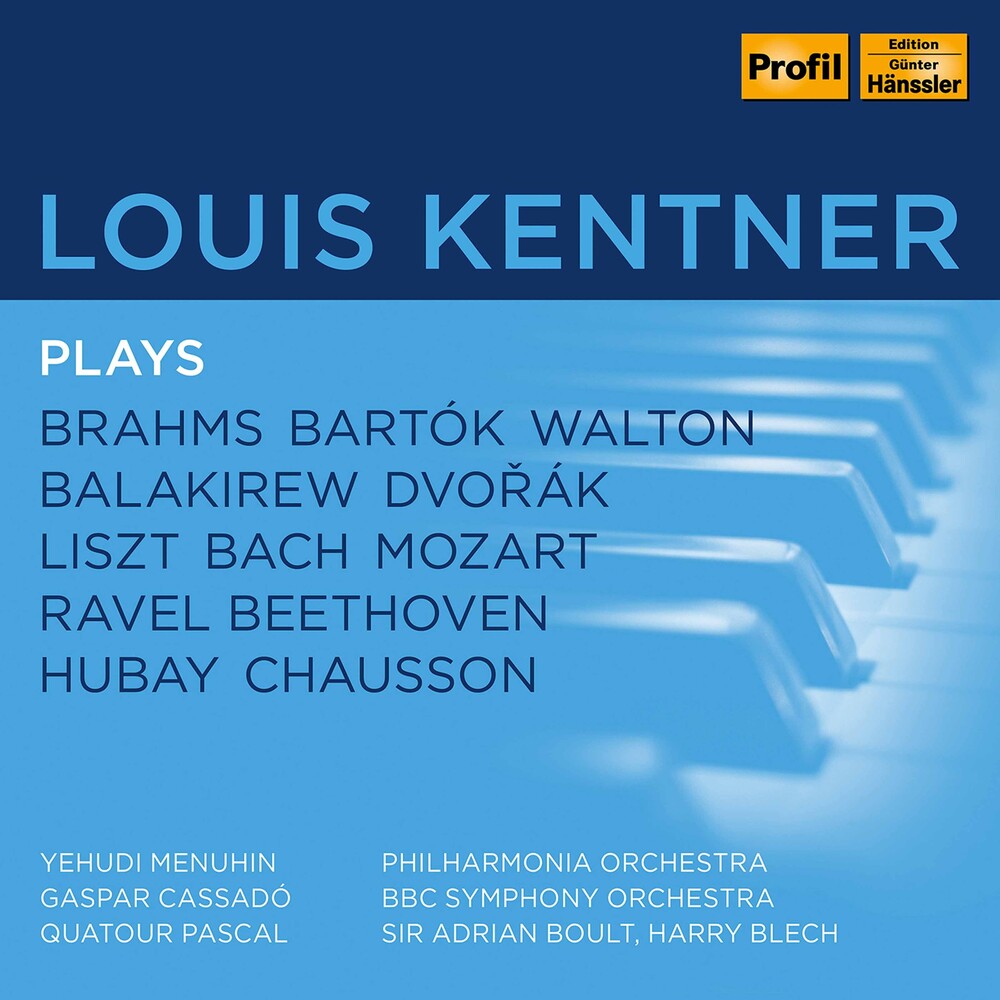 The present 10-album compilation illustrates Louis Kentner as a successful soloist, chamber musician and concert pianist. A highly gifted musically, Kentner studied from 1911 to 1922 at the Franz Liszt Academy of Music in Budapest, attracting early attention in 1916 with a concert performance of Chopin. At the Music Academy, he studied piano with Arnold Székely, chamber music with Leó Weiner and composition with Hans Koessler and Zoltán Kodály. He made his official debut at the age of 15 (1920) and began concert tours of European cities, attracting particular attention for his interpretations of Chopin and Liszt. He won the Liszt Prize in Budapest and the Chopin Prize in Warsaw. In 1933, Kentner gave the first Hungarian performance of Béla Bartók's Second Piano Concerto (conducted by Otto Klemperer); in London in 1946, the first performance in Europe of the composer's Third Piano Concerto under Sir Adrian Boult. Bartók's artistic oeuvre found a special place in Kentner's heart.