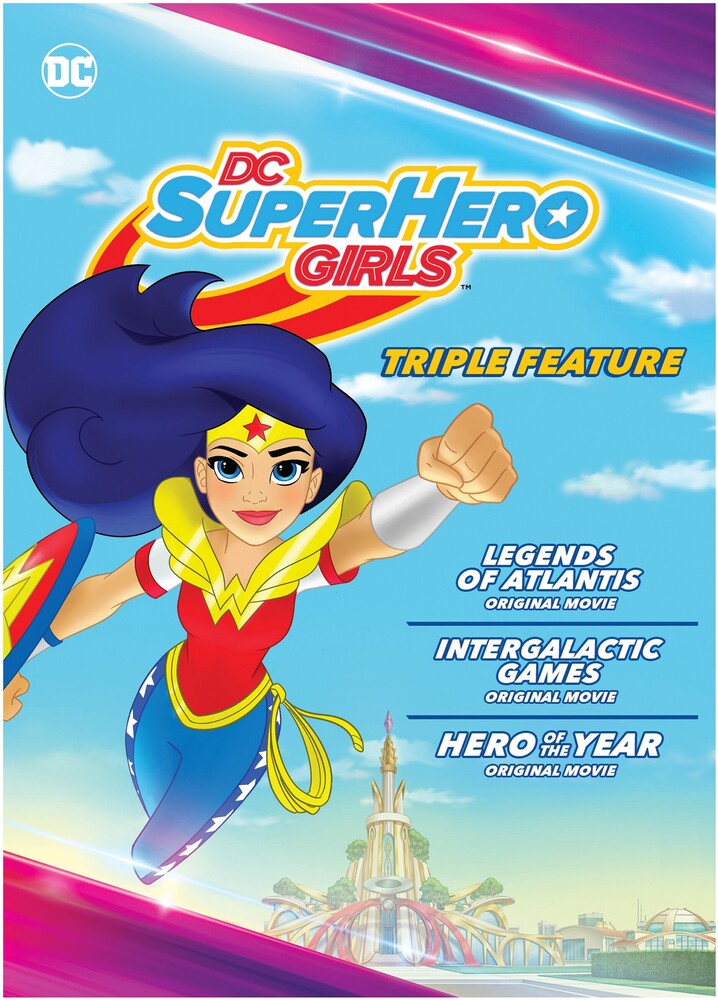 DCSHG Legends of Atlantis Intergalactic Games Get ready for the Intergalactic Games; a friendly competition that aims to bring peace throughout the galaxy, but with these teams competing, it may get a little fierce! Facing off against Korguar Academy and the Female Furies, can the Super Hero High team bring home the championship? Team up with Wonder Woman, Supergirl and Batgirl as they uncover an even greater challenge off the field, as one of the teams has a much more sinister motive for joining the competition. Let the games and the action begin! Hero of the Year Move over boys! It's time for the girls to take flight in this all-new ground-breaking franchise. Join Wonder Woman, Supergirl and Batgirl along with fellow gal pals Poison Ivy, Harley Quinn, Bumblebee and Katana. Enrolled at the esteemed Super Hero High, the teens in training practice their unique abilities and master the fundamentals of becoming super heroes. As the students compete for the annual Hero of the Year prize, the ominous Dark Opal and his mysterious partner-in-crime target the girls and the school in their plot to rule the universe. Join the DC Super Hero Girls as they discover that the real power lies within each and every one of us! Dive deep into adventure with the DC Super Hero Girls in this all-new underwater epic. Sisters of the sea, Siren and Mera catch the students of Super Hero High off guard in a surprise attack to steal a very powerful relic the Book of Legends. With the book in her possession and harnessing more power than ever, Siren aims to raise an army from the depths of the ocean's trenches. It's up to Wonder Woman, Batgirl and Supergirl to help Aquaman in defending Atlantis and stop the sinister Siren! Get ready for a thrilling adventure featuring the DC Super Hero Girls! DCSHG Intergalactic Games.