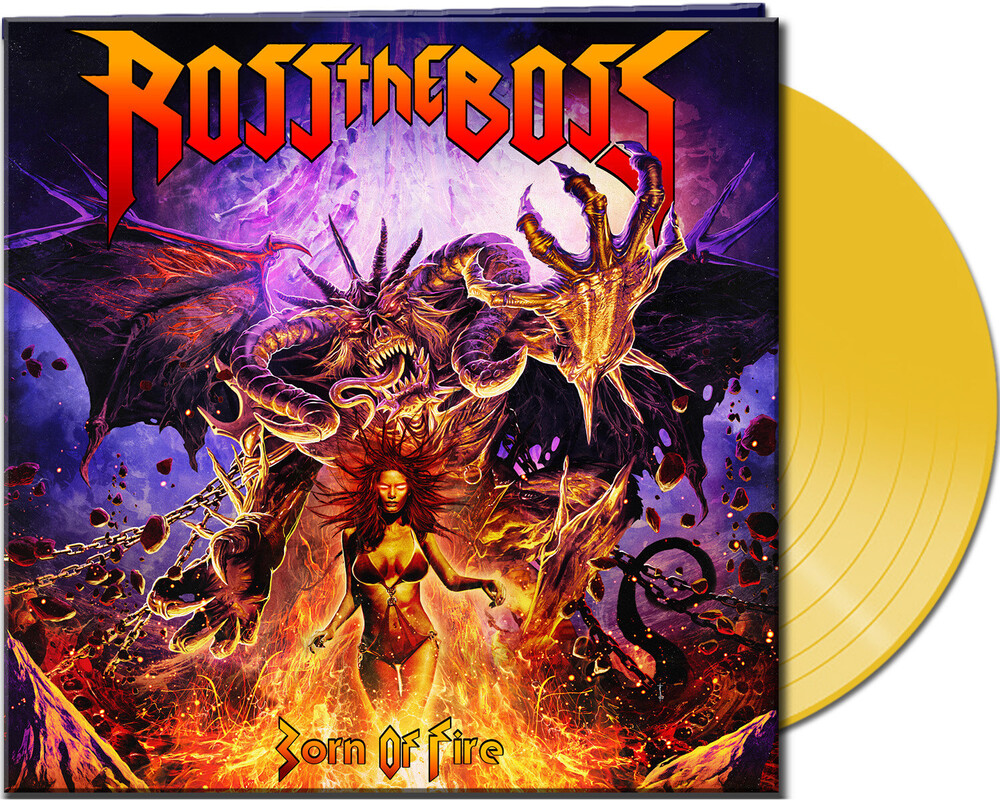 One can't talk about genre defining acts in the metal scene without mentioning one man: Ross "The Boss" Friedman has written music history as a founding member of Manowar and The Dictators. His influence in heavy metal and also punk is noticeable to this day. Manowar's first six masterpieces which saw him significantly involved in between 1982 and 1988 are immortal classics today, and that the band wasn't able to deliver the same quality again after his departure speaks for the New York based guitarist and songwriter. Since 2006 Ross again is releasing traditional and raw epic metal which calls up memories of the Manowar masterpieces from the 80's with it's very own style. The brand new "Born Of Fire" is the fourth album of Friedman and his band which arrives not even two years after their chart breaking 2018 effort "By Blood Sworn". While Ross the Boss used this time for extensive touring they built their latest epos which will excite fans worldwide seemingly effortless out of nothing. "Born Of Fire" is pounding yet fresher and heavier out of the speakers than before, but isn't lacking any of the typical Ross the Boss trademarks.