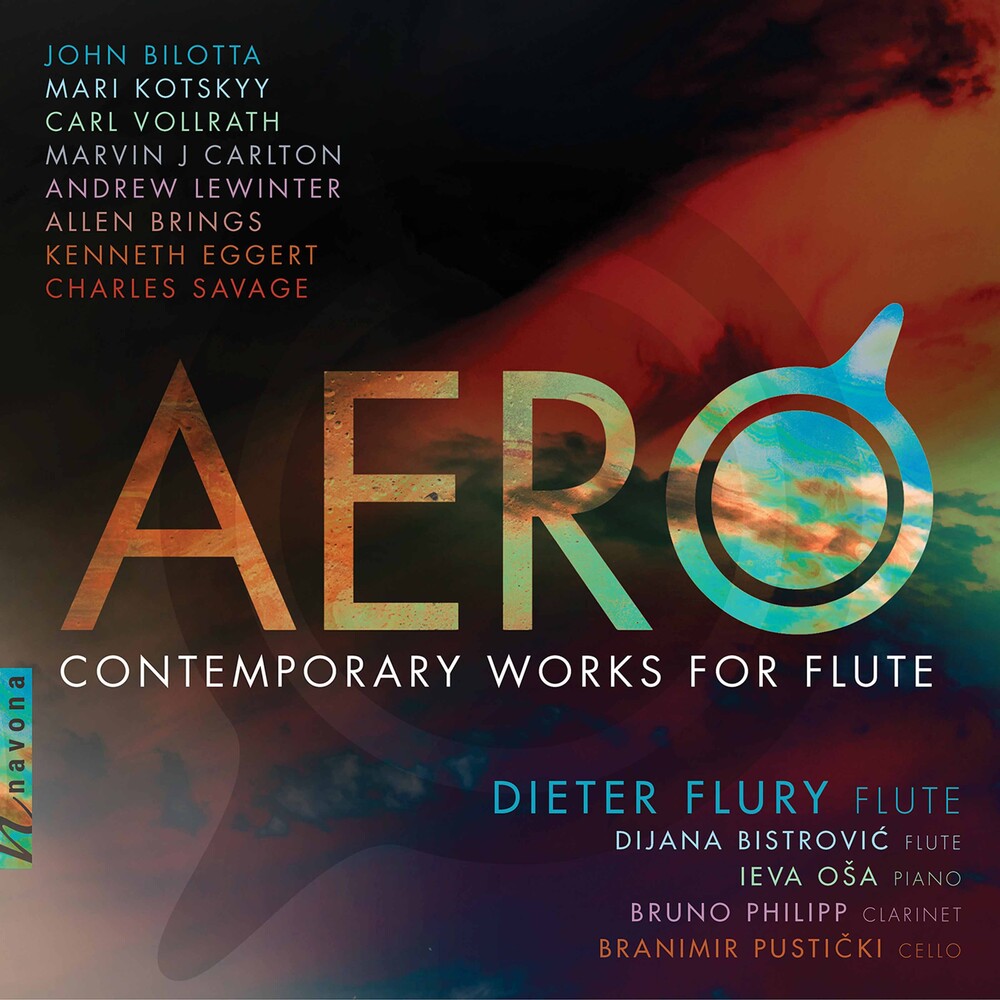 From Mozart's concertos to Jethro Tull's "Aqualung," the flute has served as a versatile tool for conveying the spectrum of human emotion. On AERO, flutist Dieter Flury puts decades of study and a handmade golden flute by Yamaha to work to breathe life into works by contemporary composers and spark the imaginations of listeners. John Bilotta's Capricci gives the flute a virtuosic encore with three contrasting sections full of syncopation and off-beat gestures. Mari Kotskyy's Colors offers a cheerful musical landscape filled with conversational harmonies between flute, piano, and clarinet. Three Lais by Allen Brings envisions a poet, alone in a world of sand and stone, reading texts in an ancient tongue. The flute's delicate side is highlighted by Romance for Flute and Piano by Marvin J. Carlton, a gentle dance that pleases the ear. Ondine's Flute by Kenneth Eggert depicts a mermaid atop a rock, waves crashing around her as she plays her song. Andrew Lewinter's Waltz for Flute and Cello brings the two instruments together with a tonal, three-part structure, and Charles Savage's Mad Rush to the End shows off the power of two flutes with a drive that creates a unified "super-flute." Carl Vollrath's The Glass of Absinthe showcases the instrument's ability to illustrate by capturing the mood of Degas' painting of the same name. Over his storied career, Flury has served as Principal Flute of the Vienna Philharmonic Orchestra, soloist with orchestras the world over, and recording artist for a slew of albums from Baroque to contemporary. Behind the scenes, he's also served as Artistic Director and General Manager of Vienna Philharmonic and a professor at the University of Music and Performing Arts in Graz.