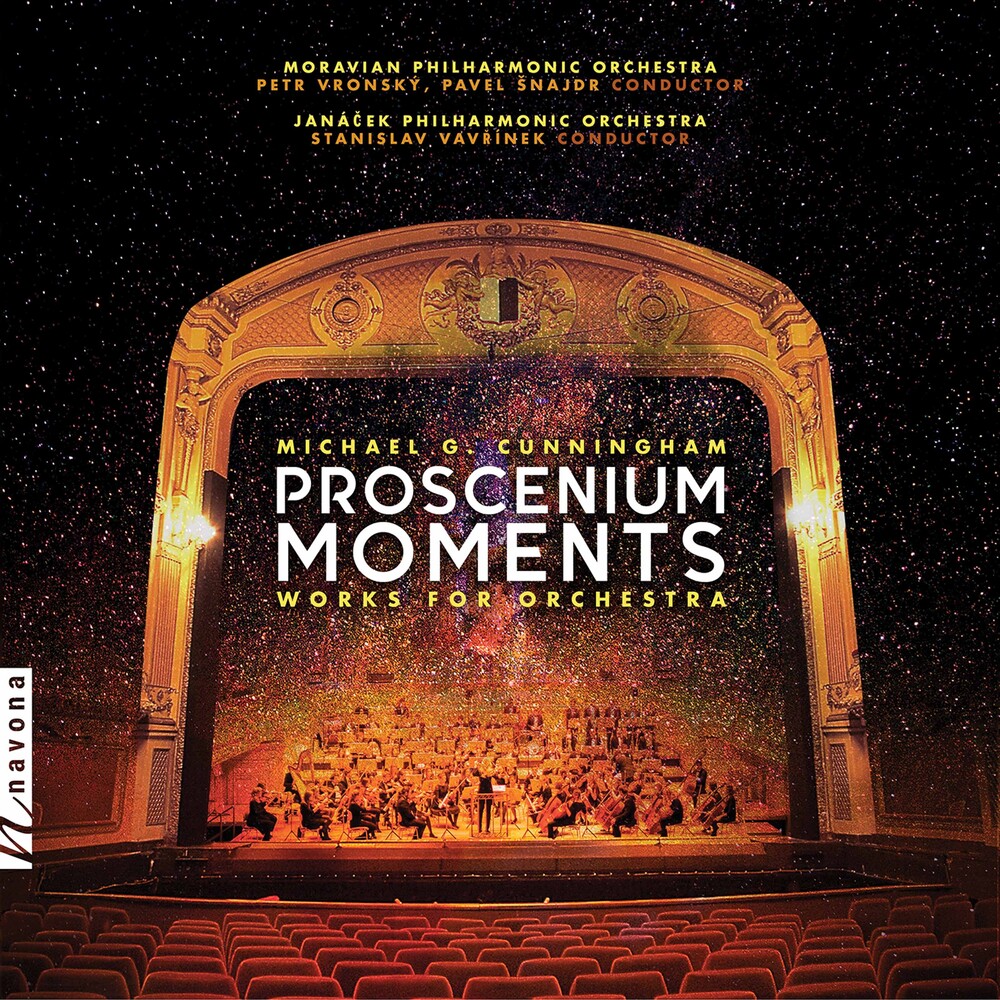 Michael G. Cunningham and Navona Records present PROSCENIUM MOMENTS, a highly challenging collection of Cunningham's orchestral compositions. Nestled in style between early Prokofiev and late Shostakovich, this particular selection of recordings provides a bird's eye view of Cunningham's catalogue. Born in Warren MI in 1937, Cunningham holds music degrees from no less than three universities and has made a name for himself not only as a professor of composition (a position he held for more than three decades), but also as a published author of music theory books. It therefore doesn't come as a surprise that his compositions, too, are crafted with structure and diligence. The album's name, PROSCENIUM MOMENTS, is aptly chosen, considering that Cunningham's works are meant to be performed before an audience, ideally in a spectacular setting. The pieces themselves are distinctively constructed: There are themes of musical conflict, such as in Counter Currents or Time Frame, but also of reconciliation, such as in the warmer Impromptus; Symphony No. 7 would be factually incomplete without a simultaneous recitation of four selected E. E. Cummings poems; A Bach Pre-Symphony harbors educational intentions closer to the revelations of a musicologist than that of a composer; and the orchestration of FaurĂ©'s piano work Nocturne No. 6 adds punch and power which Cunningham felt was lacking in the original. There is a wealth of thought in the pieces of PROSCENIUM MOMENTS, and it all comes together as one: because despite the large temporal distance between the individual works (the opening track having been written in 1966), there is a great homogeneity in the language Cunningham employs. It is teasingly edgy and spontaneous, and his wouldn't be out of place among the most memorable pieces of the mid-to-late 20th Century.