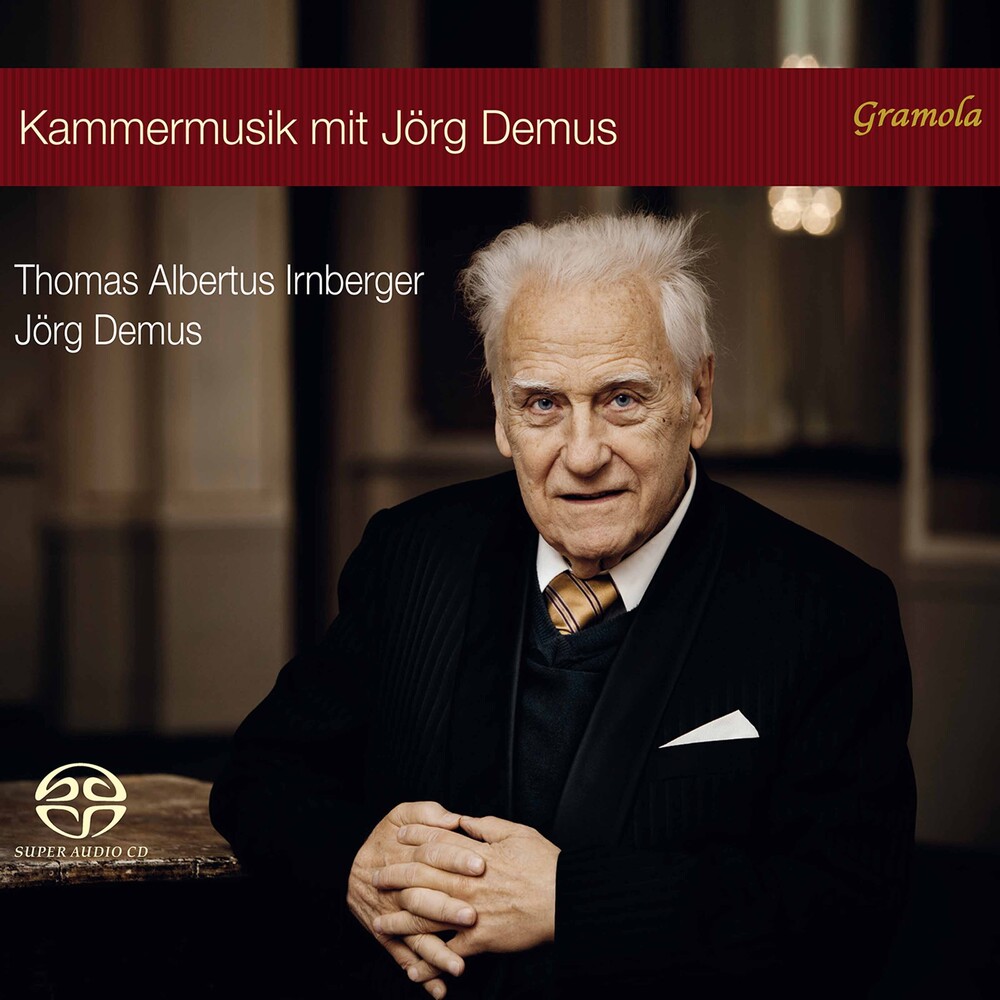 The work of pianist JûÑrg Demus was one of the most important musical exports of Austria after the end of the Second World War. In addition to many other musical partners Demus also entertained a very fruitful collaboration with the established Salzburg violinist Thomas Albertus Irnberger, which is documented on the occasion of his death with 90 years in April 2019 with this 3-album collection with mostly unpublished recordings. In addition to Ludwig van Beethoven's Violin Sonatas No. 1 in D major Op. 12 No. 1, No. 5 in F major Op. 24 and No. 6 in A major Op. 30 No. 1, there are two Sonatas for violin and piano by Johann Sebastian Bach (BWV 1016/1017), the Three Romances Op. 94 by Robert Schumann and the famous Sonatina in G major Op. 100 by Antonin Dvorak. The fact that JûÑrg Demus, in addition to his extensive concert tours and engagements as lecturer, appeared also as a composer in the last decades of his life is only known to proven connoisseurs. On the second album one can hear his Sonatas for Violin and Piano Op. 7 "Gahberg Sonata", Op. 35 "Il tramonto" and Op. 48 "Sonata sylvestre / Forest Sonata".